How does a bowed instrument work? The core waveform produced by the bow on the strings, due to its slip-and-stick mechanism, is very nearly a perfect sawtooth. But a pure sawtooth wave is almost unpleasantly piercing to our ears. What gives the insturment its tone is the filtering and reverberations produced by the material and shape of its body.

For years people have tried to synthesize this unique and complex sound. Begining with a sawtooth wave, we filter and we subtract, we delay and reverb, and sometimes, we comb. We end up with a sound almost, but not quite, entirely unlike a violin.

So we start with a wave that's very easy to produce, and attempt to mimic the absurdly complex reverberation it undergoes. Hmm.

Here to you today I propose a radical change in the direction of synthesis. Harking back to the days of analogue reverberation units, this does admittedly require most of a viola inside the device. Attached to the bridge of the viola is our namesake transducer. Pumping a sawtooth wave through should* produce the beautiful tone of a viola!

But! -- and this is where the story really starts -- why are we limited now to the humble sawtooth wave? Plug the entire unit into your modular synthesis setup and let the creativity roar. 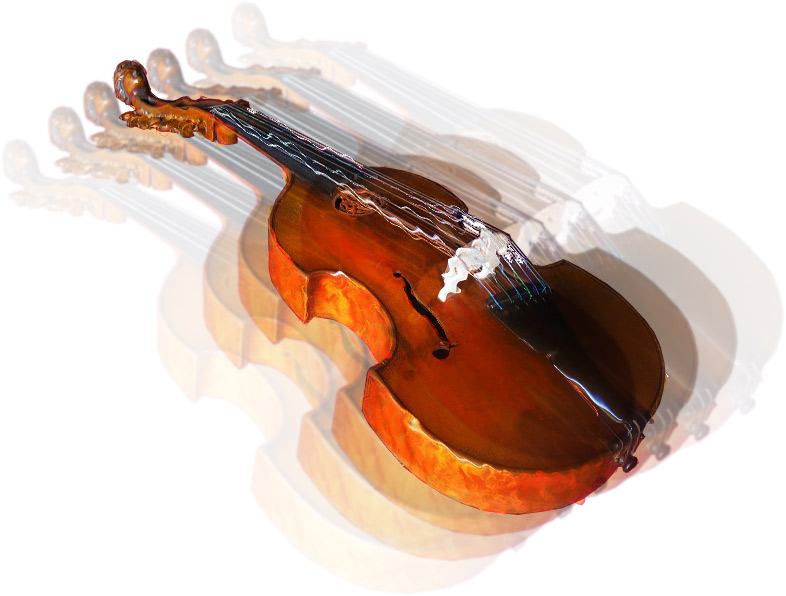 *From my initial testing, I have concluded that most of the tone and feeling in the viola's timbre is based on expressive amplitude/frequency modulation beyond the reaches of a simple function generator. Undeterred, the experimentation continues...