Apply a high voltage to two pieces of metal, and an electrical arc will form between them -- if they are close enough together. If they are too far apart and you start to move them together, then at some point (varying with voltage and humidity of the air), the arc will suddenly strike.

The sound of this arc can be a quiet click, a loud bang, or a variety of buzzes, depending on the power supply. If the arc is sustained, the hot plasma will rise, stretching the arc until it eventually snaps, and the process repeats, this being the principle behind a Jacob's ladder. 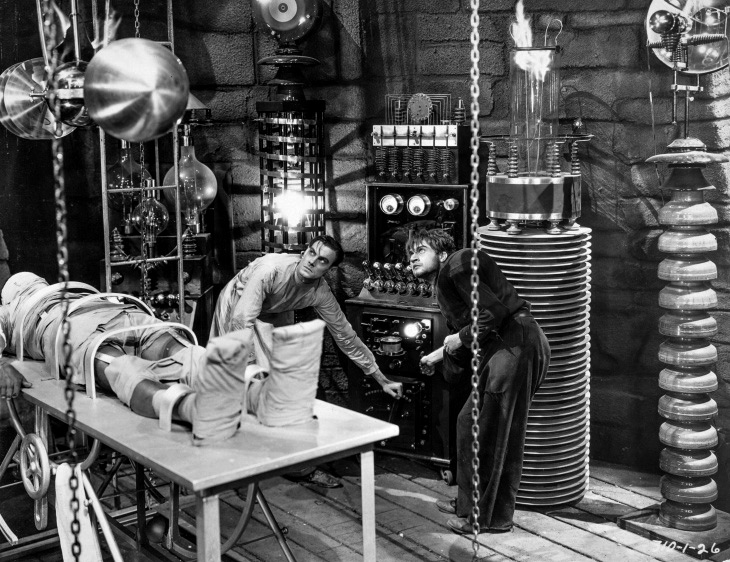 A piano has a series of tuned strings that are hit with hammers. For Thor's Piano, the hammers hit the strings with lightning. 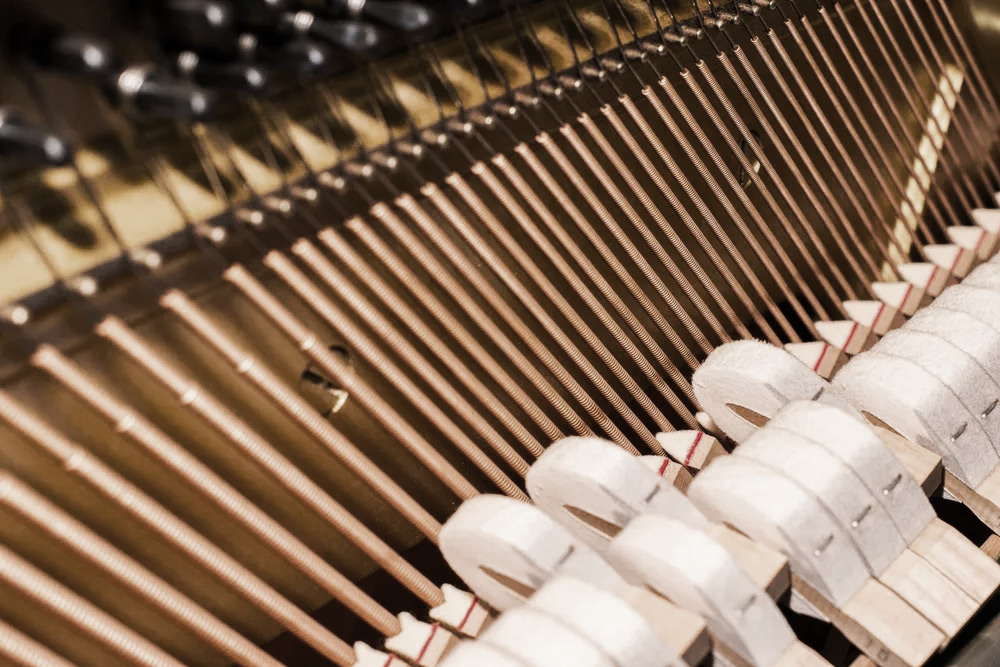 Each string* is charged to a high voltage. The hammers are grounded (as is the pianist). The hammers never make contact with the strings, only approaching close enough to trigger a discharge.

A mechanical linkage allows for velocity control. The head of each hammer is made from an off-centre disk of resistive material, which rotates as the key is pressed. As such, the resistance of the circuit is linked to how gently the key was pressed, with faster key presses leading to larger and louder arcs.

The sustain pedal enables a continuous discharge. With the pedal depressed, each arc strikes continuously, probably with modulation to maximise the string agitation, and potentially climbs up the string and hammer in the Jacob's Ladder fashion. This does imply that an upright piano would have better** sustain than a grand.

The soft pedal (or "practice" pedal) will not be needed, and instead has been replaced with a pedal-actuated flamethrower mounted to the instrument.

A possible variation would be Thor's Organ. An electrical arc will readily excite a column of air in a tube, with a sound similar to slapping the end of the tube with a flip-flop. With modulation of the arc, a continuous tone could form. Again, I feel like having keys that physically press the electrodes together would be the best option, avoiding the need for computers and complicated electronics, and putting the player closer to the action. In contact with it, so to speak.

* Pianos have multiple strings for most of the notes, usually two or three hit with a single hammer. It is unclear how Thor's Piano would behave with multiple independently charged strings being approached by a single hammer. The need for further research is clearly indicated.