I had wanted a Stylophone for a long time. Yet the moment I got one, I pulled it apart - primarily to see whether the newly manufactured models' insides still adhered to the simple principles of analogue synthesis.

I wasn't completely disappointed, after all, the fact there is a 'tuning' pot on the back was a bit of a giveaway. The keypads do just feed into an epoxy blob, however.

Nevertheless, I tried my hand at some circuit bending. The modifications I added were:

• Increased pitch range, just by adding a 100k pot in series with the one on the back. (I probably should have made that a bigger or logarithmic pot, as this just misses out on the sputtering of the oscillator at ultra-low pitch.)

• Toggleable light-controlled pitch. This is a DPDT switch which both adds an LDR in series to the tuning control and locks on the highest note of the keyboard, turning the thing into a pseudo-theremin.

• Toggleable light-controlled positive feedback. This connects an LDR from the audio output to the amplifier input. It immediately goes into self oscillation and can also behave like a theremin. However, the interference and overdrive when mixing with the stylophone sound is very satisfying. The existing volume control acts as a mixer. 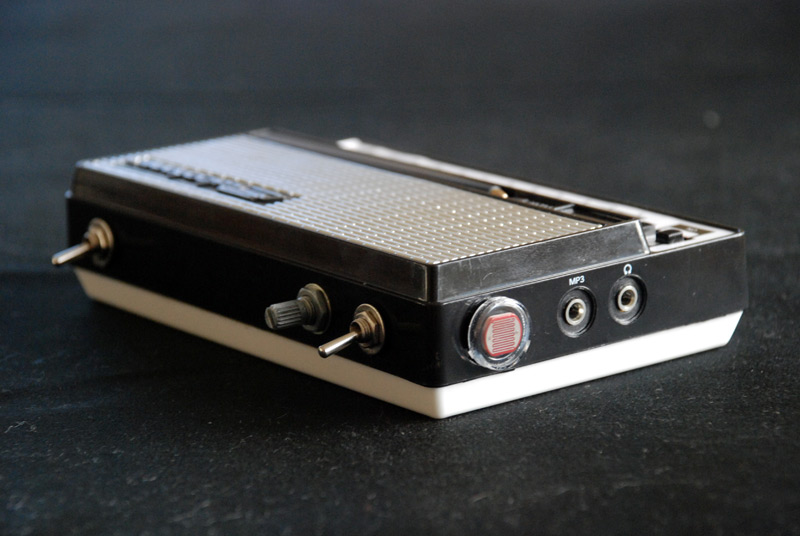 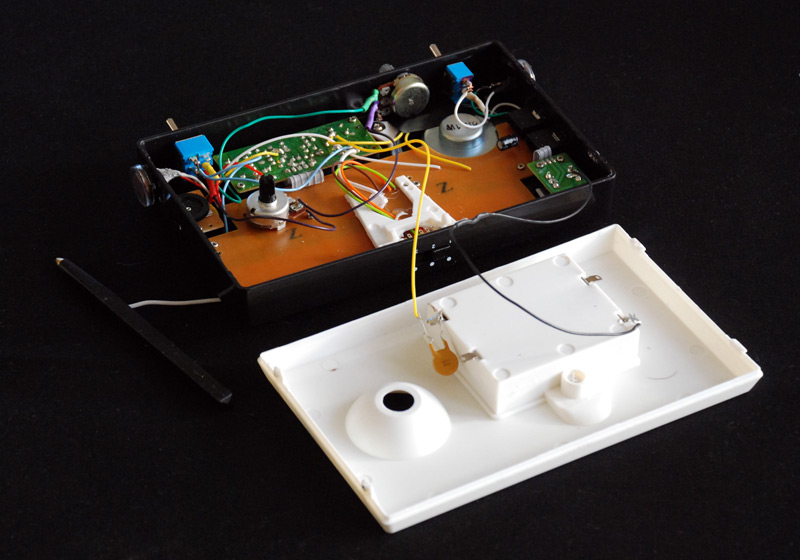 The Stylophone retains all of the original functionality too. To be honest I barely scratched the surface with this, and a quick search afterwards found that this has all already been done, and much more. Andy Murkin is one of many people who put my effort to shame.

But I still feel this was a worthwhile endeavour. Here's a demo of some of the sounds it can make:

Note this was just recorded with a microphone next to the speaker, the sound is a lot crisper in reality. There are no effects applied, although I am playing over myself. I should probably do this again but better. And record it properly.


Update
Quick video, featuring the same sounds as above but with funky oscilloscope visualization.