As the day progresses, the sun's position appears to move in an arc. The shape of the arc depends on latitude and the time of year. Note that for any given position of the sun in the sky, at a fixed latitude, one can calculate the exact time and the number of days since the solstice. (An excellent example of this is shown in the solargraphs on Justin Quinnell's pinhole photography page.)

Sundials typically use one coordinate to describe the time, usually the angle of a shadow, or sometimes the length of a shadow. There exists a super-accurate sundial which uses both. It projects a shadow onto a wavy grid, calculated from the equation of time and the local latitude. From the tip of the shadow, you follow the line to the edge of the grid and read off the current time, accurate reportedly to within 30 seconds.

The Sophisticated Sundial is made up of three parts. The first is a big fisheye lens, pointed directly up. The image projected onto the surface below will have the sun moving in an arc.

The image is formed onto a bundle of optical fibres. The other ends of the fibres are arranged in a ring around the clock face, such that each 'arc' of fibres on the focal plane maps to two 'loops' on the clock face, hence, a blob of light should form at the exact expected position of the hour hand.

The ring can be rotated slightly to correct for local longitude and a 15 degree offset for daylight saving time if needed. 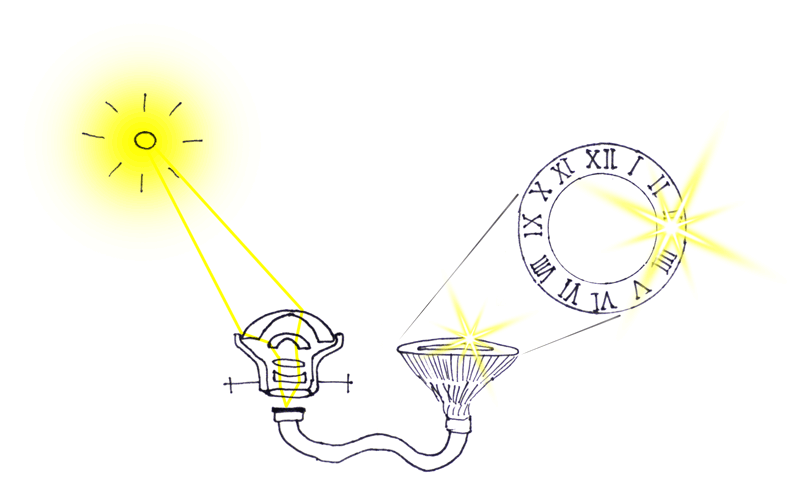 Schematic of the invention, with close-up of the clock face. Around 10 minutes past 3. 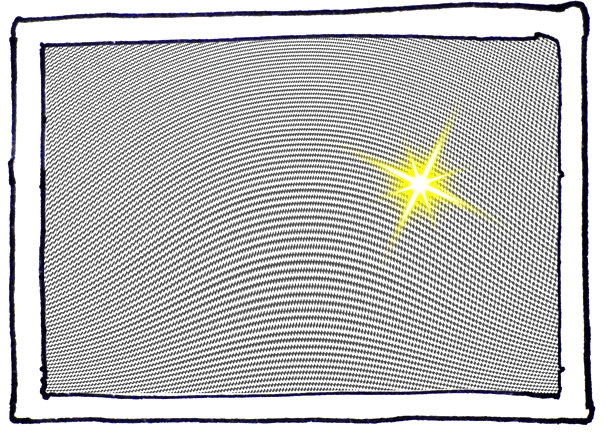 
Now for the clever/halfbaked part. By tilt-shifting the lens, it may be possible to dynamically correct for local latitude.

This should work anywhere far away from the equator, but between the tropics of Cancer and Capricorn, the arcs will appear to bend in different directions depending on the time of year. Outside of this region the image is merely 'stretched' and is easy(ish) to correct.

While it would be possible to have a cassette of fibreoptics to correct the image that you slot in to the sundial depending on your location (lame) I can't help but think there must be a simple, lens-based solution. The expense of accurate sundials is because of the need to tailor-make them to the latitude they're designed to operate at. An adjustable, generic, super-accurate sundial like this would justify the effort of precisely threading thousands of optical fibres into a clock.