A number of people have claimed to make the world's smallest synthesizer. It's a pretty silly ambition because at this level the size makes it extremely impractical, and fiddly to pull out of the socket. Nevertheless, I have created something which is just about as small as a midi synth could ever be. It's physically smaller than an ordinary midi plug! 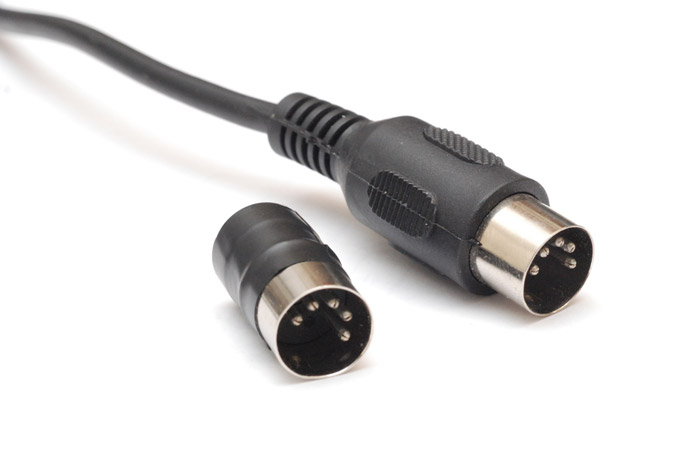 It's essentially the same circuit as my synthesizer cable and running the same code. It saps power from the midi signal and outputs sound on a little piezo buzzer.

I started with a broken midi cable, and ripped the rubber away from it leaving just the metal cylinder. I clipped/filed away the connectors to be as flat as possible. The biggest component is the electrolytic reservoir cap, so I drilled a hole in the plastic just smaller than it and jammed the tiny capacitor in. 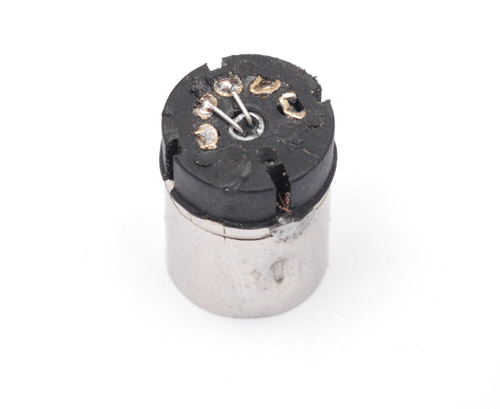 Then there's the filter cap, the surface mount ATtiny85, and a few wires. It uses the internal pullup resistor for the data line (when I first wrote the synth, I was convinced for some reason that the internal pullup wasn't sufficient, but I only actually tried it quite recently and found it works fine). 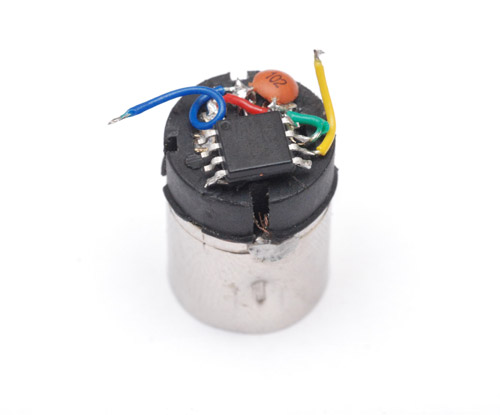 I left the wires long enough to get a test clip over and reprogram the chip if needed. The piezo buzzer is exactly the same diameter as the metal part of the connector, this is actually what inspired me to make this. 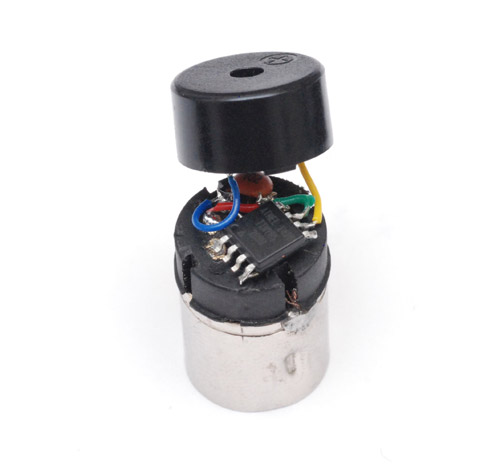 Finally just press the buzzer flat against it and wrap it once in electrical tape. Fin. 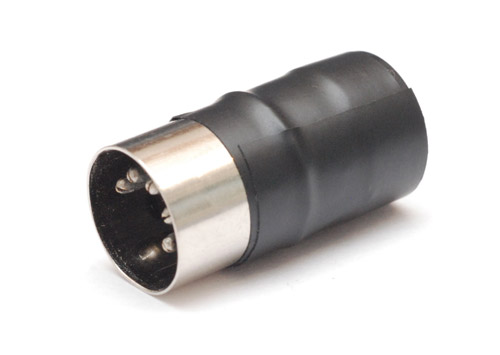 Here it is plugged into my keyboard via an ordinary cable and a female-female adapter. This is much easier to unplug than reaching around the keyboard. 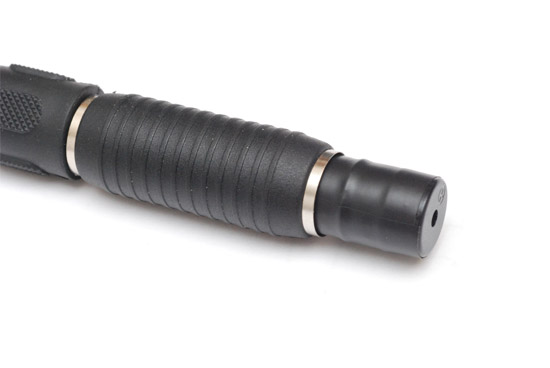 Heh, that actually only took about 15 minutes. Nothing to it really. You may be wondering how it sounds: very tinny square waves. And about three octaves above middle C it has some resonance and gets much louder for a few notes. But it's not the sound that's important, it's the size! Pahaha.