Lately I've been building everything roughly the right size into a USB flash drive. Possibly the tidiest is my attempt at a Lego brick USB drive - it's been attempted many times before, but they're always big and horrible. I wanted one that was clean, simple, took only the space of one 2x4 brick and was still usable in constructions, above and below. 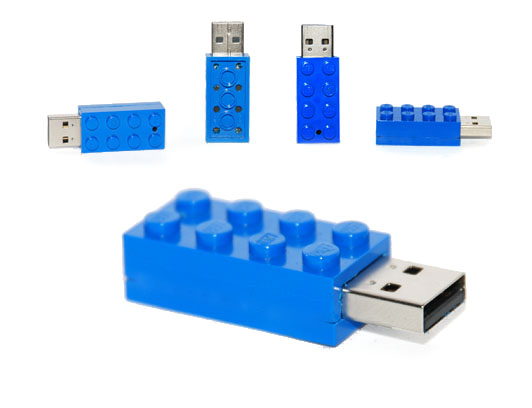 The black dot at the back of it is actually a blue LED which lights up when it's in use.

Another nice little one I made was the Glue Stick USB drive. I used to keep this in my pencil case (hence how dirty it is). 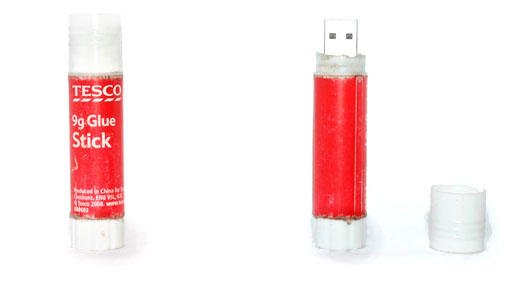 It's great in public places, because people walk past and cry, "why've you gone and shoved a glue stick in your computer?!"

Sadly the drive does not extend when you twist the base, there was not enough room for the circuit board and the big screw-shape thing that extends the glue. It may be possible if the original drive was very small to begin with, however, I tend to make these things from drives people have given to me. Beggars can't be choosers eh.

This next one could do with improvement. The LED should be replaced with an actual bulb, and placed centrally. Sounds like a lot of work though. 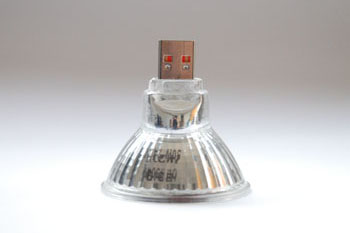 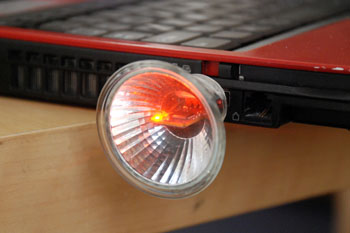 It also is quite impractical, as you can see, the laptop has to hang off the edge of the table to give it room to plug in.

I'd wanted to make a toy car into one for a while, but the Caterham R500 was probably a bad choice, as there was almost no room for the circuitry underneath those seats, and required extensive modification. 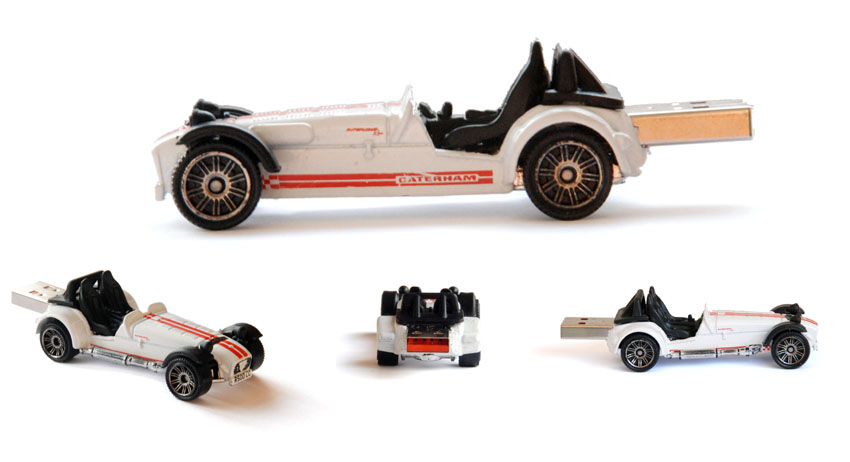 I considered making the headlights really glow, but it looked like it would be too much effort, so I settled on diverting the LED to the dashboard. Since it's facing towards the computer though, it's unfortunately not very noticeable. 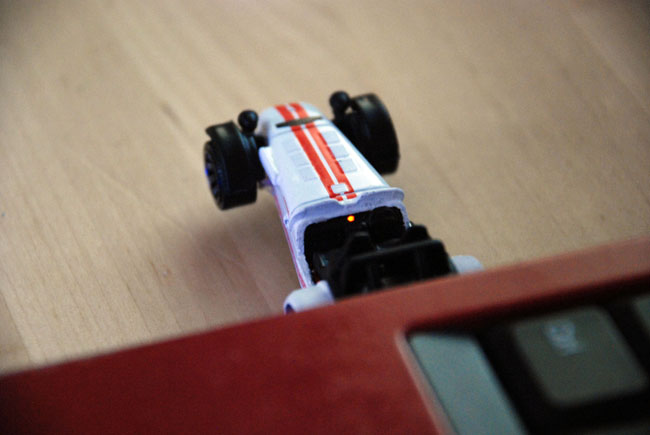 Adds a subtle bit of interest, I suppose. 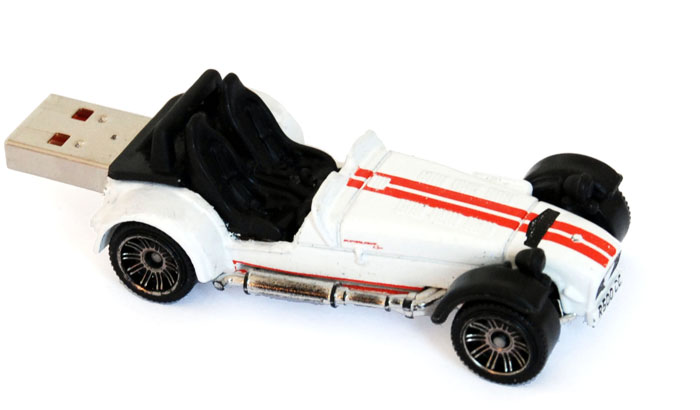