Pixels. Computer displays and digital cameras have them. They are almost always arranged in a regular rectangular grid.

One of the failings of this is that pointing a camera at a computer display, or in fact anything with a fine, regular pattern will produce aliasing known as Moiré. To counteract this, most cameras have an anti-aliasing filter which just blurs the image slightly before the sensor. Manufacturing limits mean these filters are not perfect, so most of them are a tradeoff between Moiré and a loss of overall sharpness in the image. 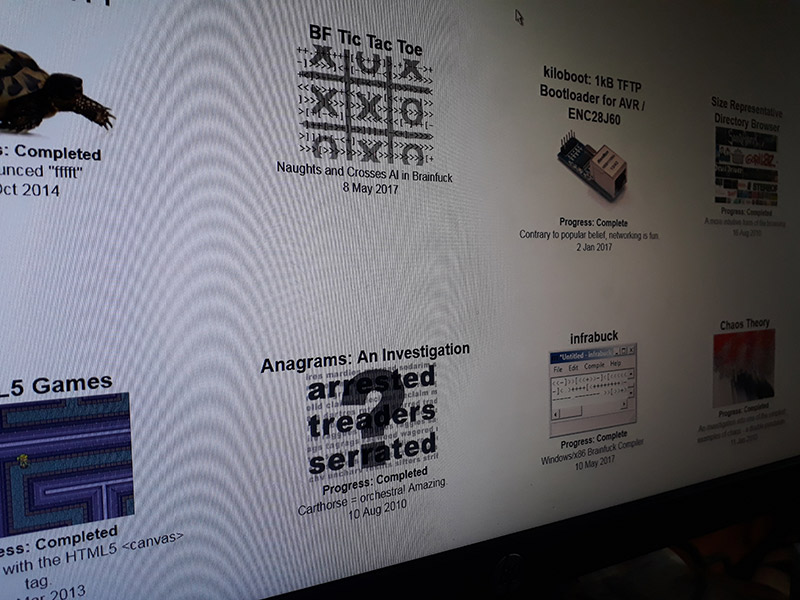 I propose a fundamental re-think of pixel positions by exploiting the fascinating properties of Penrose tiling. These non-periodic tile patterns use a simple set of pieces, but the resulting arrangement has no translational symmetry, that is, it never repeats. 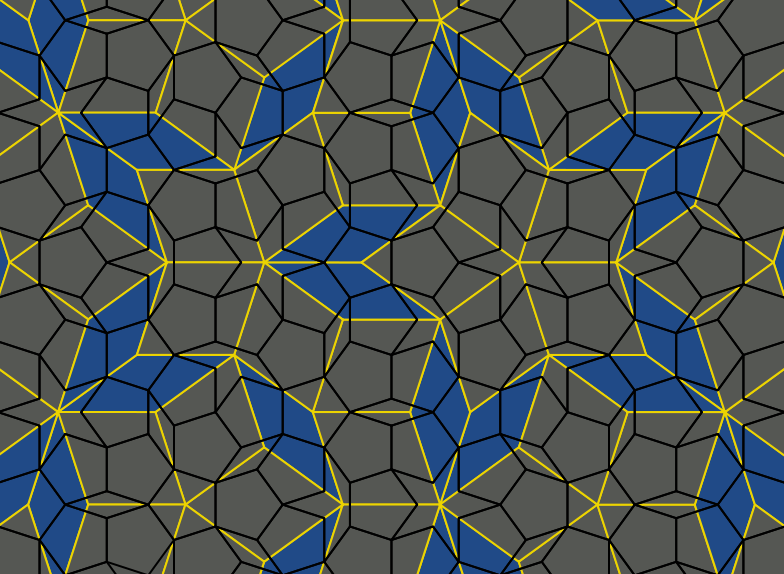 Slightly more processing power would be needed to turn the Penrose Pixel image into a conventional one, similarly, a Penrose Pixel display would need to pre-process the video feed heading to it, but this should be well within the capabilities of modern hardware.

The resulting pseudo-random arrangement of pixels would effectively have spatial dithering built-in, so even without an antialiasing filter Moiré would not be visible.

Aside from the complexity of constructing such a device, there is some debate as to whether Penrose Pixels would even work. To try and get a better grasp on the problem I conducted the following experiments.

I've taken two images from the wikipedia article on Penrose Tiling, one of which is periodic, the other is aperiodic. Both of these were then duplicated and scaled to 95%, and set to a difference blend mode in order to create an interference pattern.

The following diagrams are interactive. The 95% image can be dragged around using your mouse (or finger on a touchscreen device) to see how the interference patterns change. 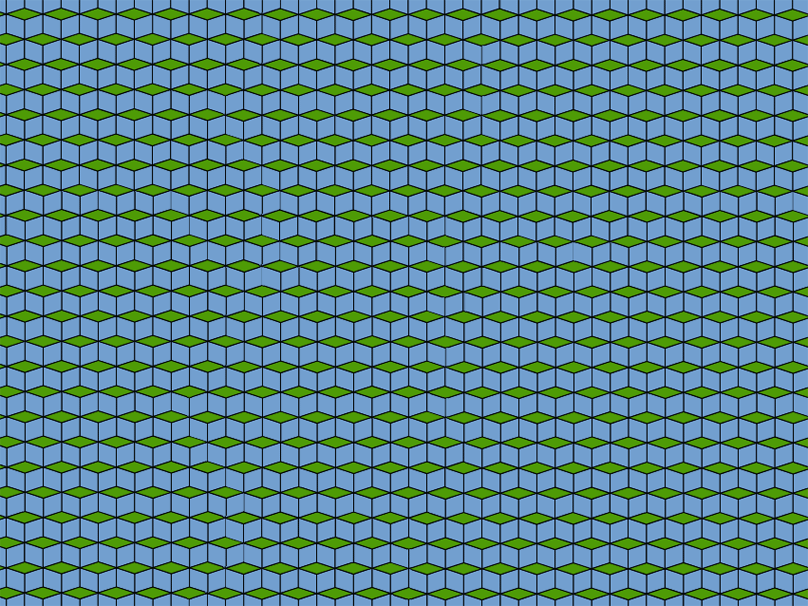 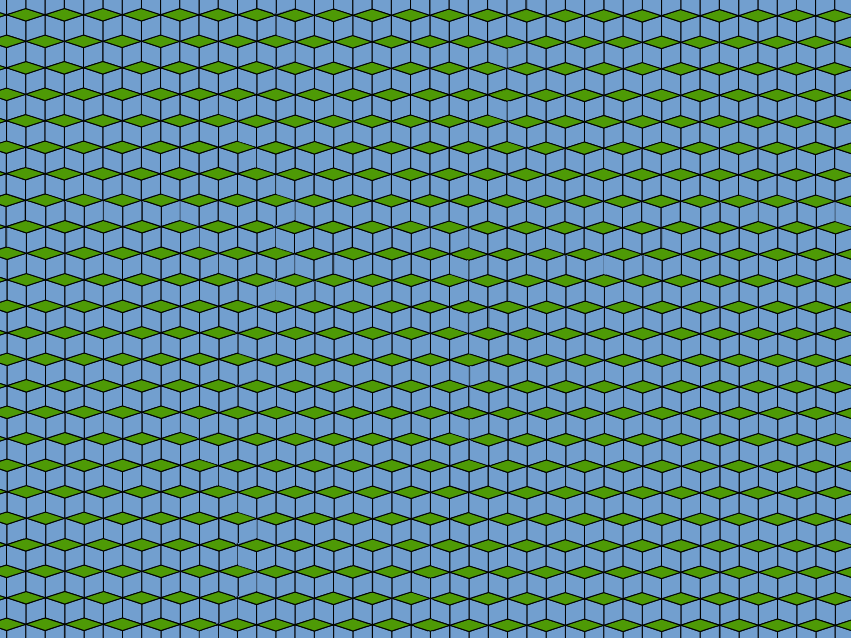 No matter how the images are positioned, there is always some obvious banding visible. 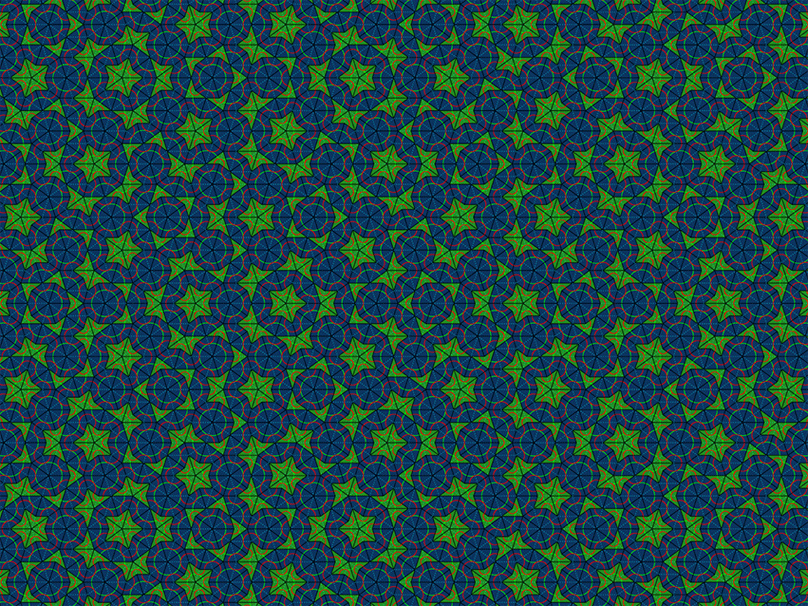 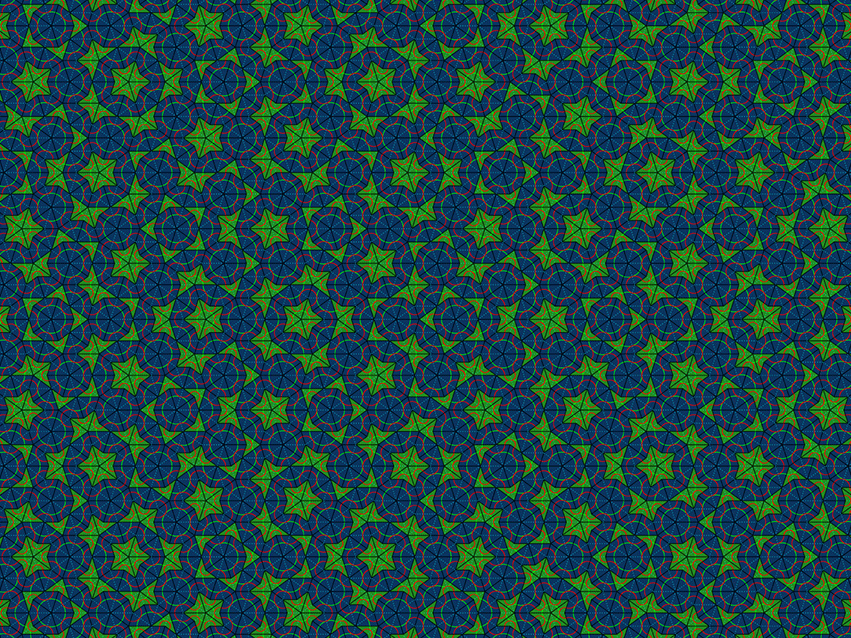 Since the patterns are identical, at and around the starting position there is a single artefact. When translated by more than a certain amount, the artefact disappears and there is no obvious banding. There are smaller artefacts visible, which skitter about as the pattern is moved. Clearly the dithering effect is not perfect, but provides a substantial benefit over figure 1.

In this figure there is no correlation between the images at all, and no possible interference patterns.

For extra fun, here is a control that lets you rotate the above images. Alternatively, on desktop browsers, hold control or shift while dragging to rotate.

The patterns in figure 1 change interestingly, but are always present to some degree.

Rotation causes the sole artefact of figure 2 to disappear. Given the 5-fold rotational symmetry, I expected it to reappear at five distinct angles, but this is apparently not the case. It may be a consequence of the digital rendering still being cartesian.