It was inevitable this would arise, after the piles and piles of office supplies artillery I've made before.

A Ballista is a kind of giant Roman cross bow. It consists of a frame with tensed rope instead of a bow, so it can be built on a huge scale. I was inspired after seeing a life size replica of one which shot bolts seven feet long!


So here are some old photos of my early designs. 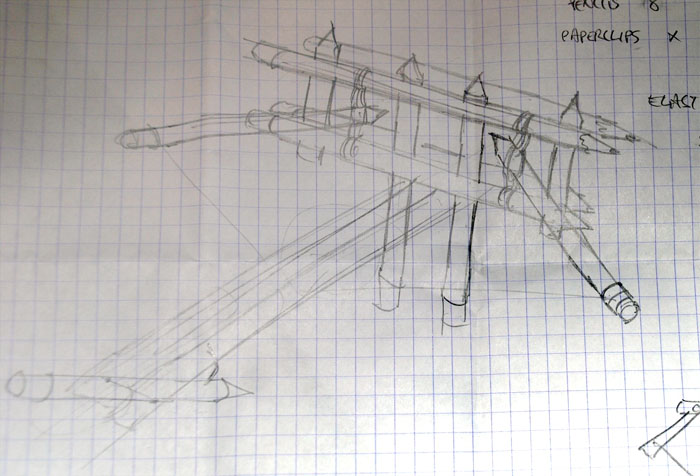 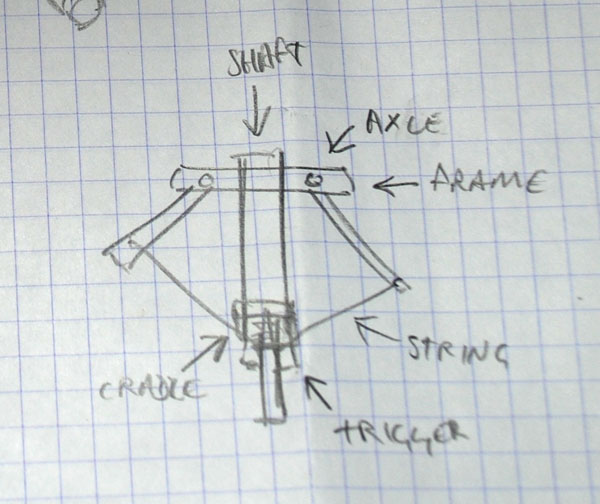 The ammo could be either pencils, marbles or real darts. Depending on your source, Ballistas shot both rocks and bolts, so pretty much anything would do.

The rules I set myself were simple: The only materials available are elastic bands, pencils and paper clips. It took ages to cut through the pencils, so I ended up using a drill. And drilled graphite makes a LOT of mess.

And now for the excessively detailed making-of so far. 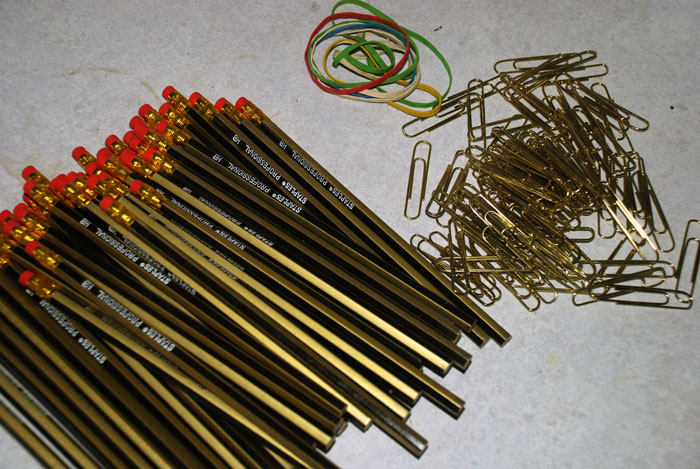 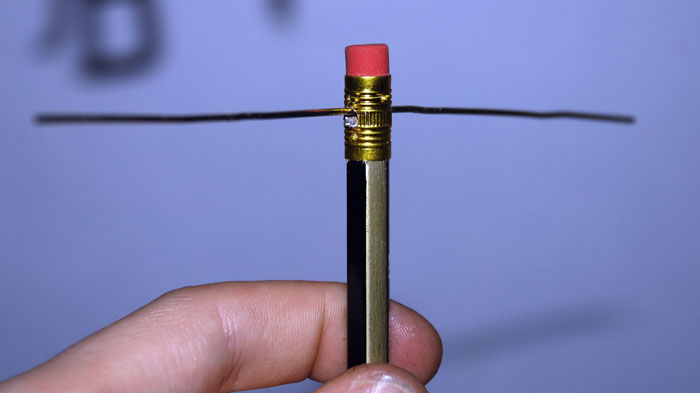 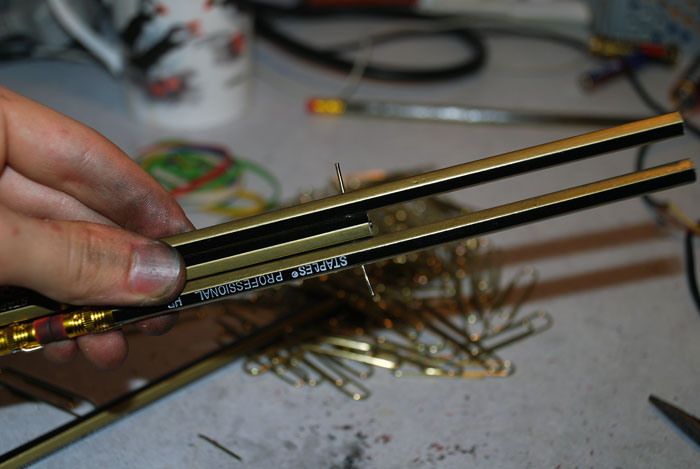 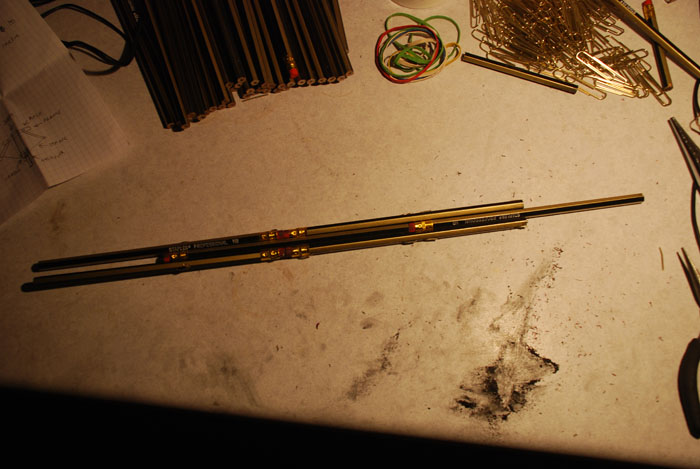 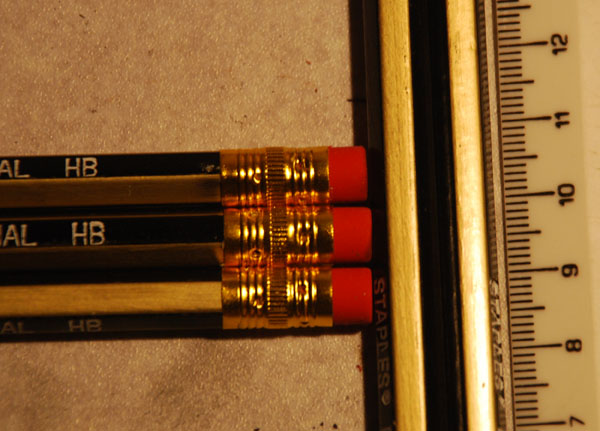 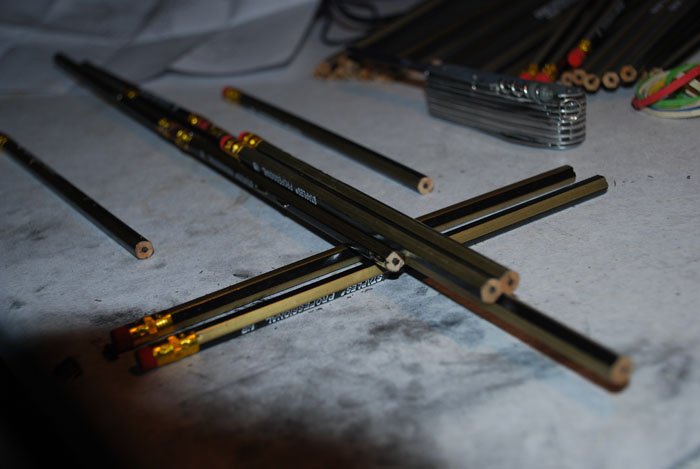 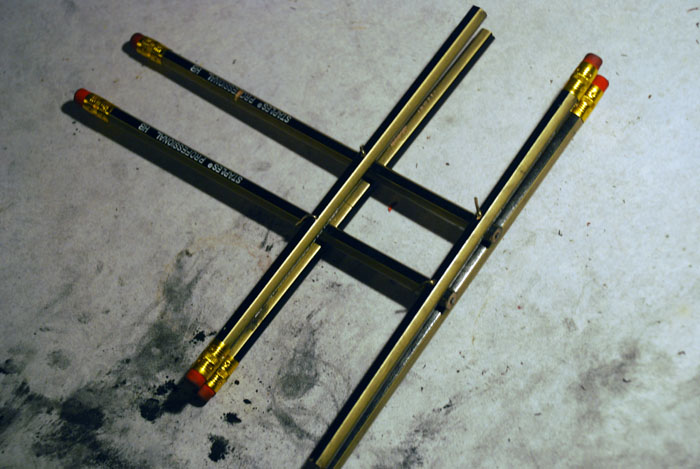 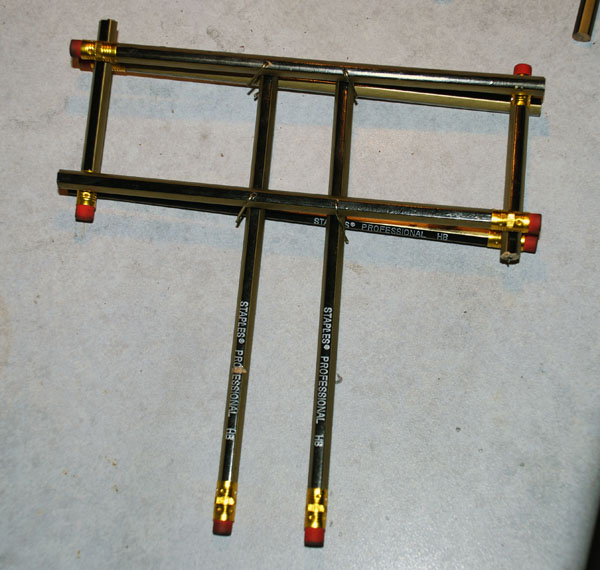 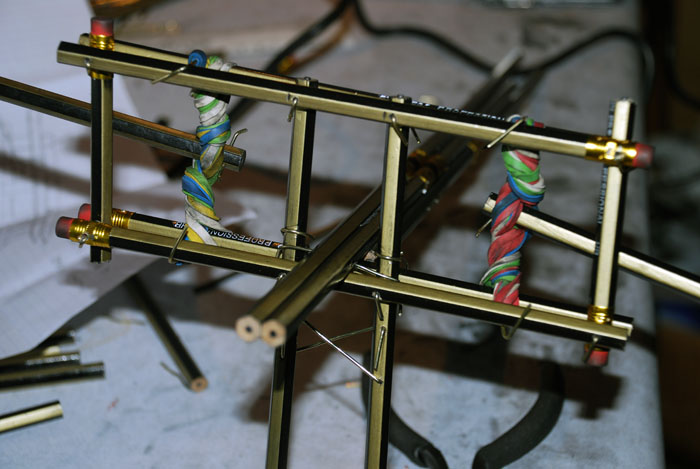 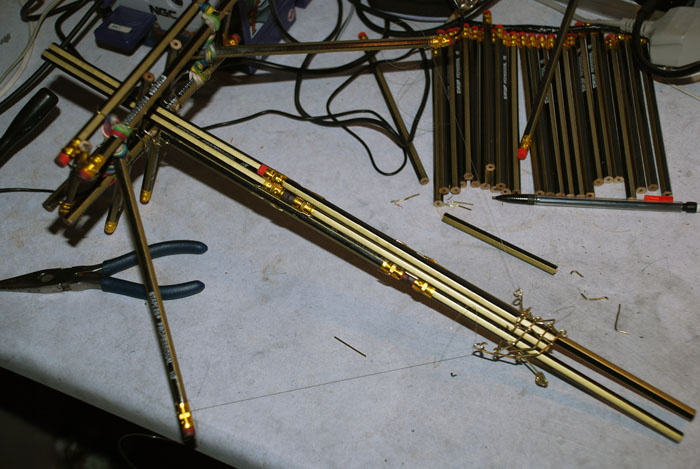 I got as far in this construction to have a working model, but I dismantled it to try and wind the elastic bands tighter. The shaft also needs to be longer than I expected, as fully drawn it needs double the length of a pencil plus the length of the trigger part, which needs rebuilding.

There's so little to do to actually finish it, all I need is a spare moment...