A good friend of mine managed to get hold of an old, apparently broken oscilloscope. Aware of my love of electronics, they brought it along in the hope we could get it working.

When it arrived and we got the cover off I just had to take some pictures. This beast, the Telequipment D52, was made in 1969. It has fifteen valves and a whopping five transistors. 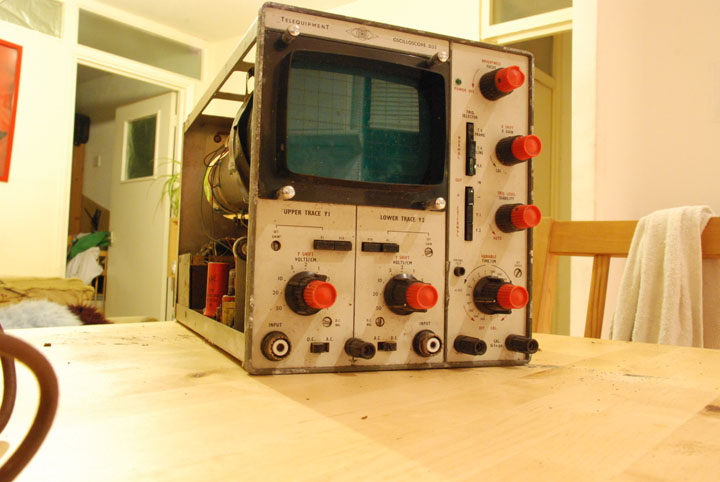 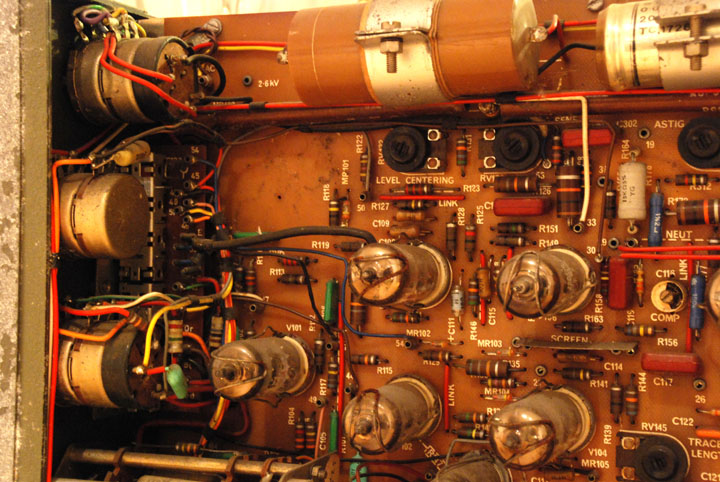 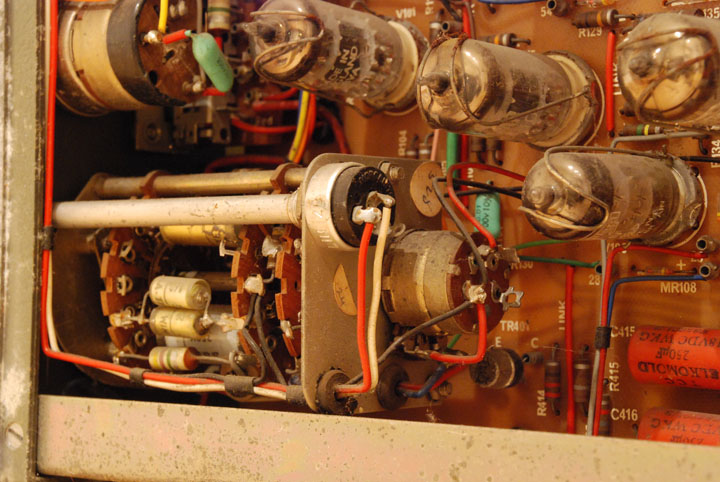 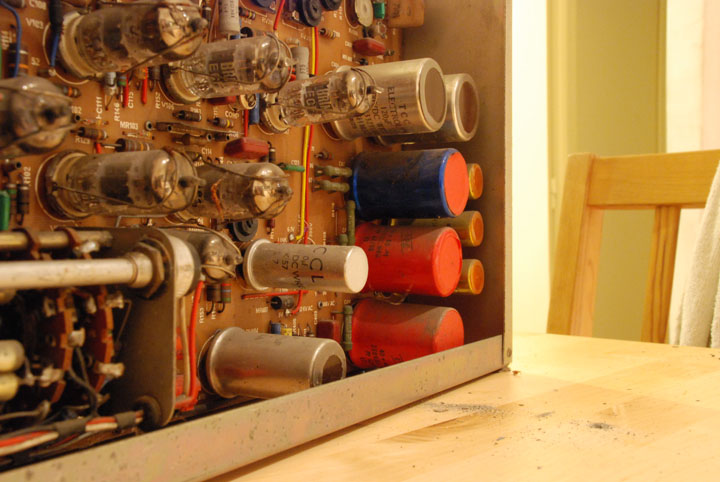 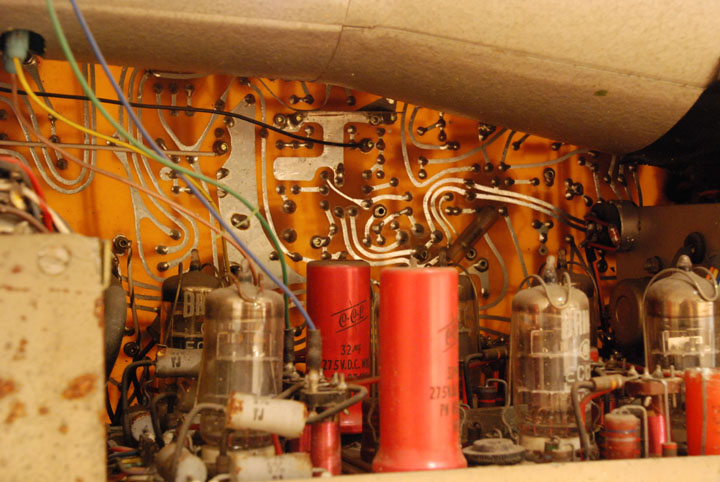 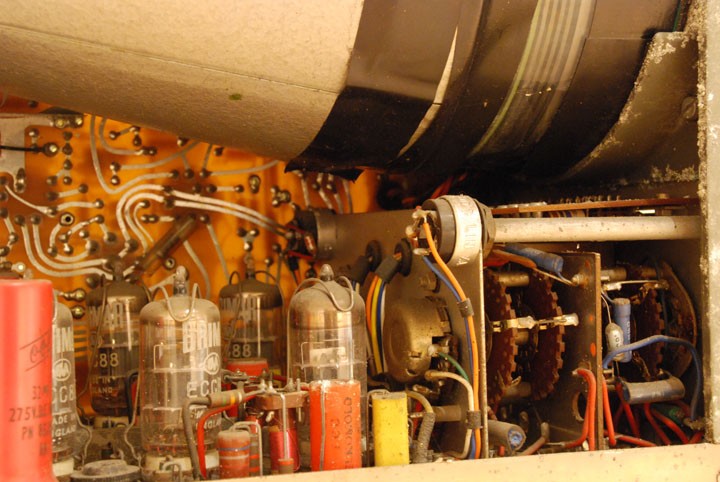 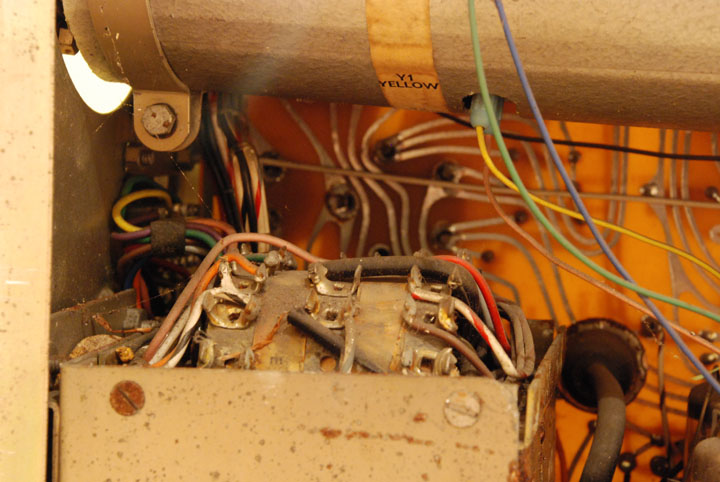 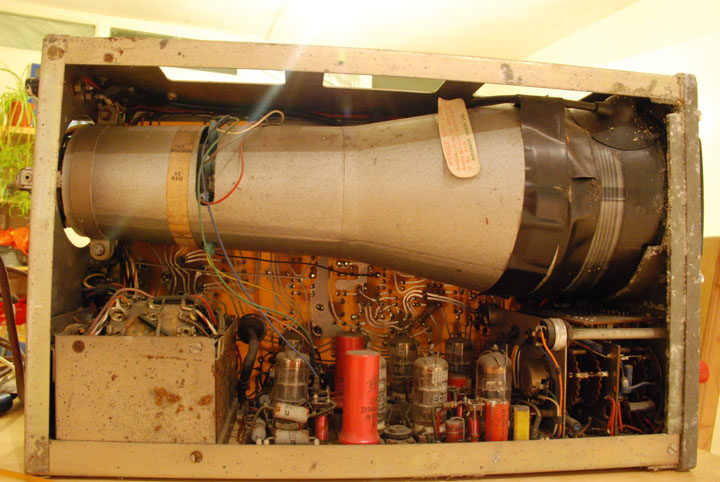 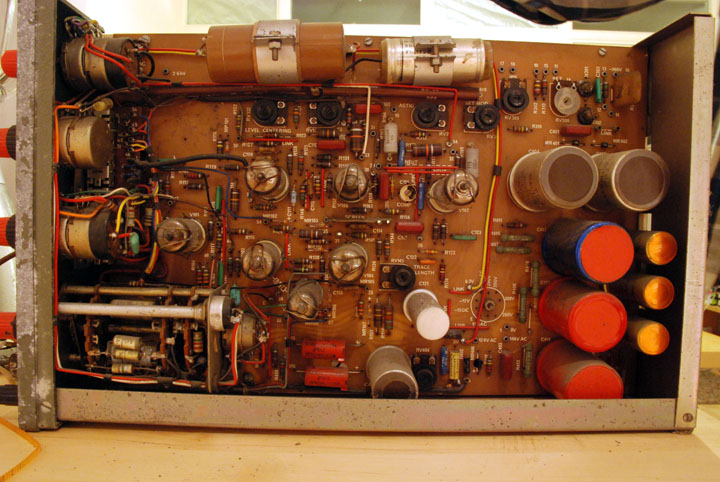 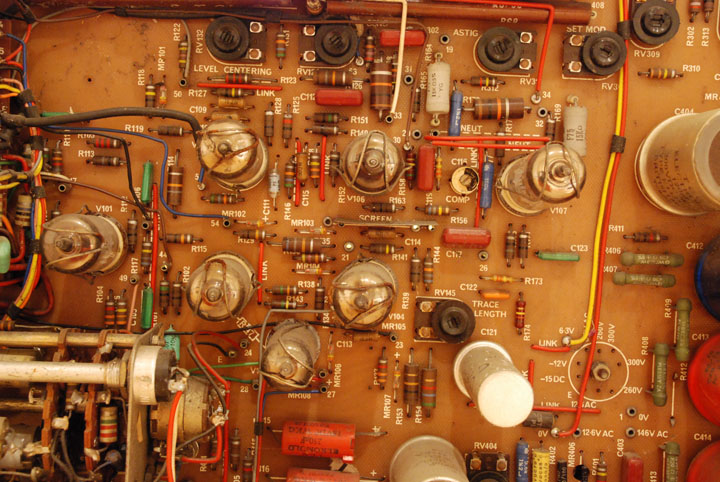 If you ever get hold of something like this, be extremely careful with it. Don't just plug it in, gradually warm it up using a variac. It could blow up at any moment. Unfortunately I had no idea it was as old or as fragile as it was, and I don't have a variac. I just shoved a new fuse into it and switched it on. 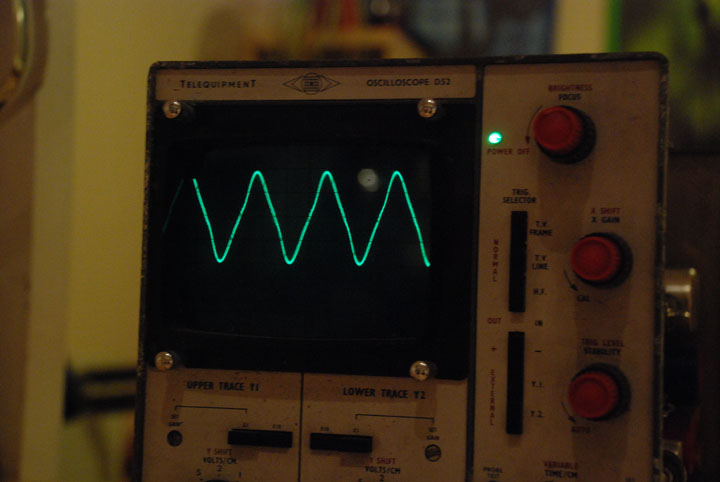 It worked beautifully straight away. The amount of rust on the case suggests it's been in a storeroom for most of its life, but other than the occasional wobble on one of the channels, it's in completely perfect working order. The best bit has to be the fact it's crystal clear and brilliantly responsive and yet has such primitive electrical parts. 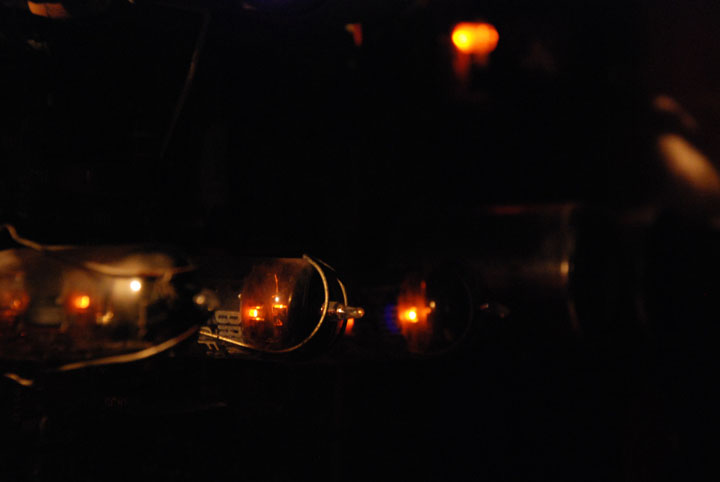 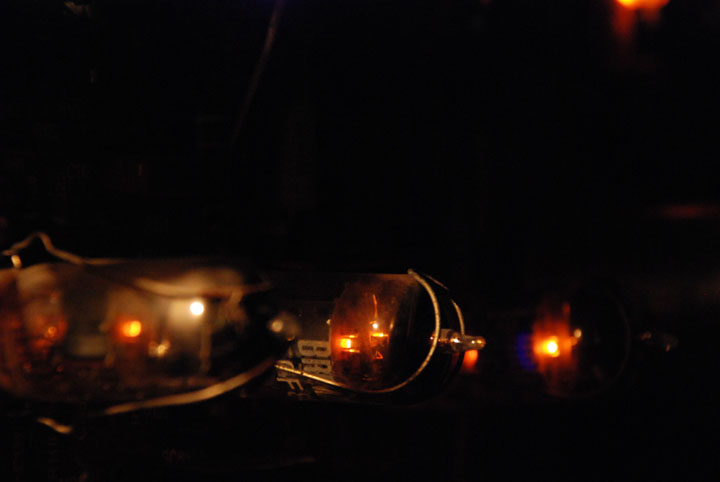 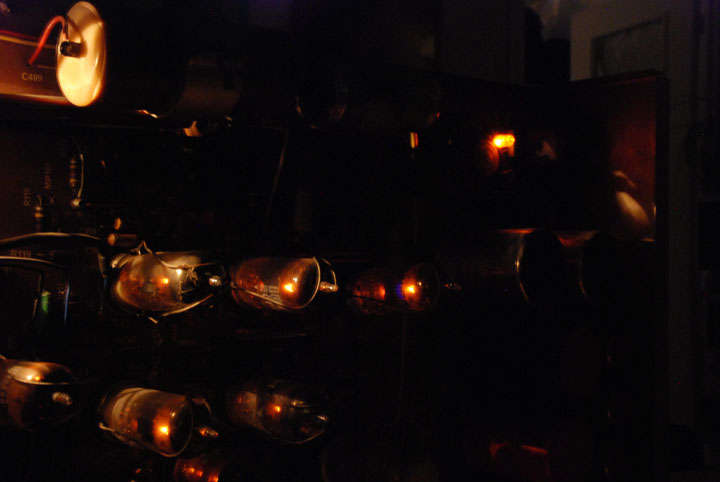 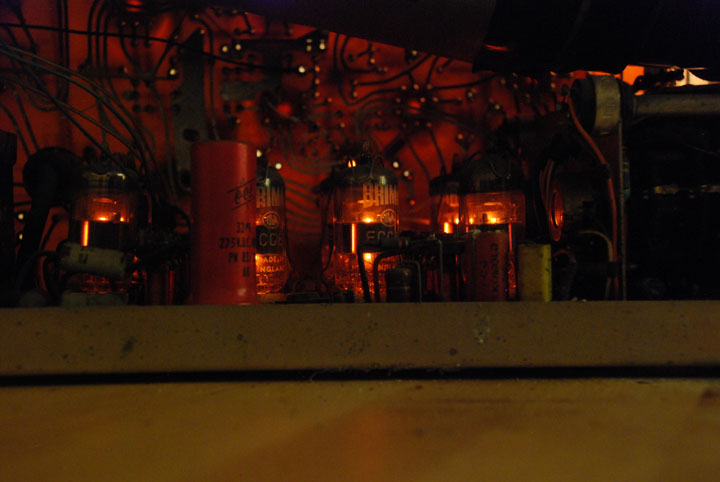 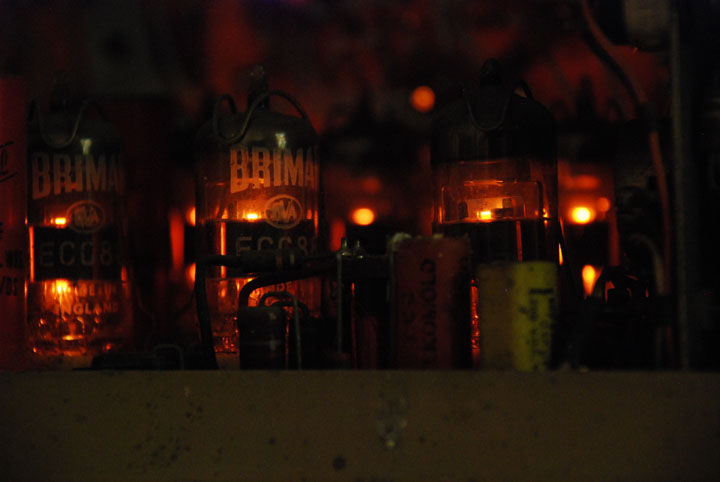 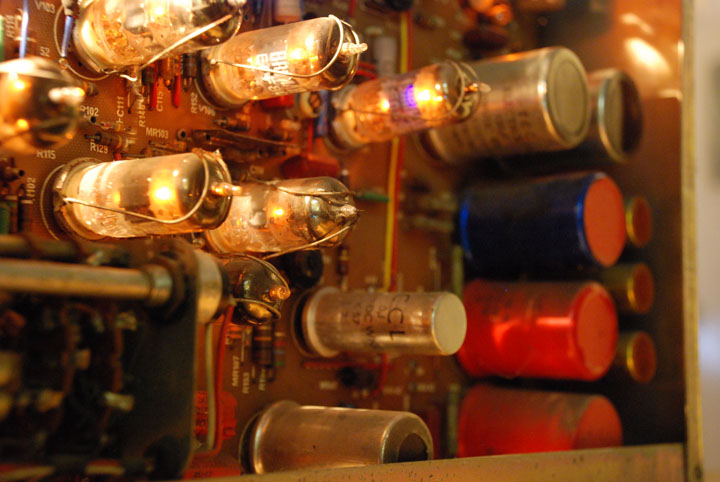 The phrase "they don't build 'em like they used to" springs to mind. 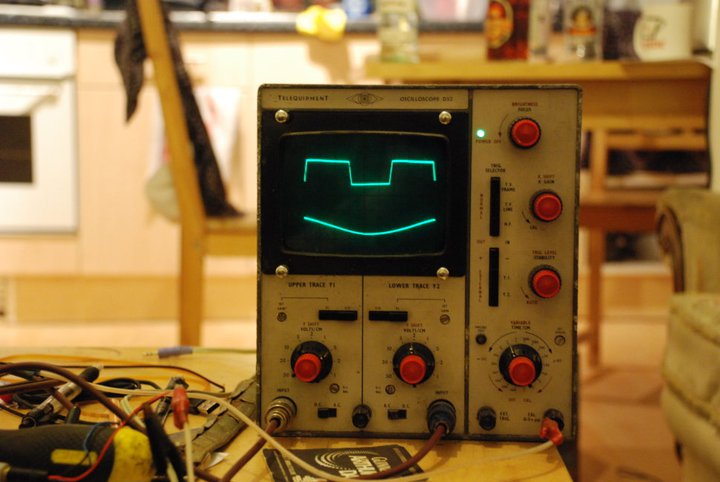