I made this for some old Instructables contest. To make it, you'll need a single piece of A3 paper and about thirty seconds. If you can't find a scrap piece of A3, tape two A4s together. Or if I'm talking gibberish, just a piece of paper about 30cm x 40cm. 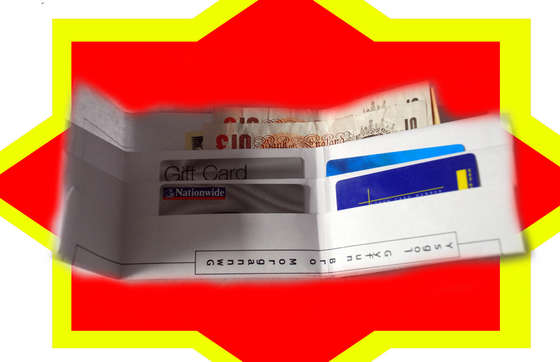 Fold it in half, and then in half again vertically. Open it out so you have four rectangles. 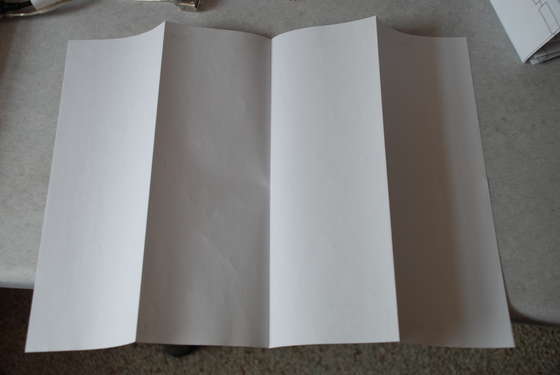 Fold it back on itself about half way up the original rectangle, and back on itself, and then the last bit should reach about a quarter of the way. 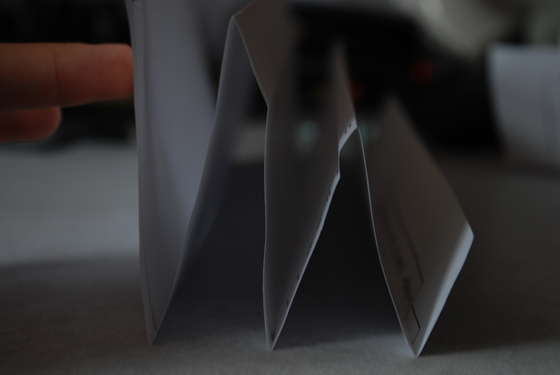 On the largest bit, you need to make the fold more rounded, otherwise the large amounts of cash you carry won't fit snugly. To do this, just make an extra fold about a millimetre away on each side of it. 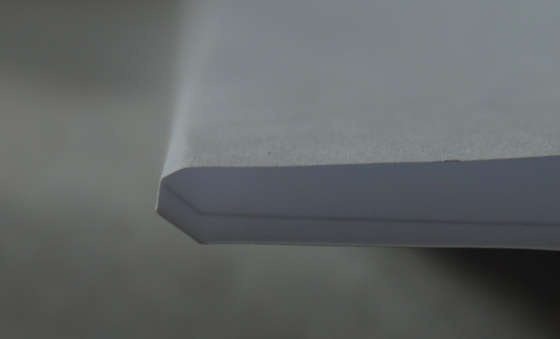 
Make two folds to turn it into an actual wallet. One to separate the two sections, the other to serve as a flap to keep it closed.

Might help if you look at an actual wallet, for dimensions.

Tuck the "flap" into the main cash area to keep it closed. I was gonna design a proper flap, but thought it might be beneficial to mow the lawn.

Once again your folds need to be pretty rounded if you don't want the wallet to skew. 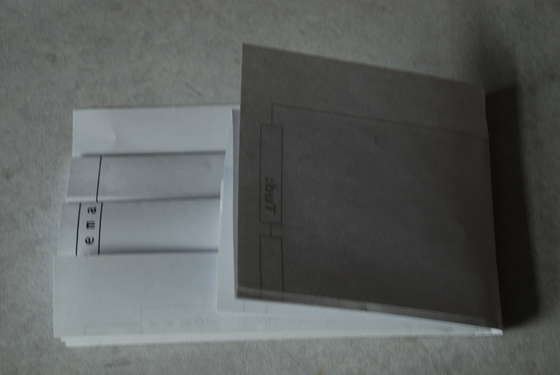 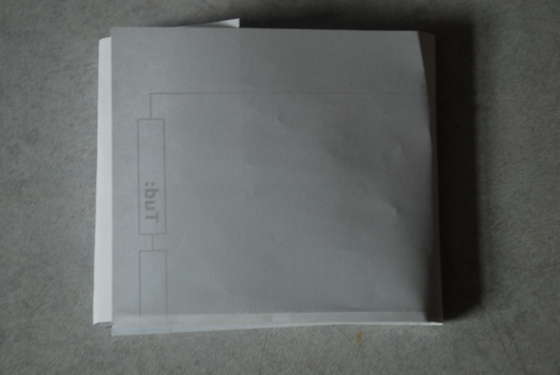 Fill it with cash and cards and the like. There's no coin pocket because my mum said "real men don't keep coins in their wallets." And after one glance at the competition's entrants so far, there's absolutely no hope of this design winning, so I may as well give up. Whatever.

It would be cool though to print a nice design on the paper first. I'd do that, but I don't have an A3 printer handy. Pity. 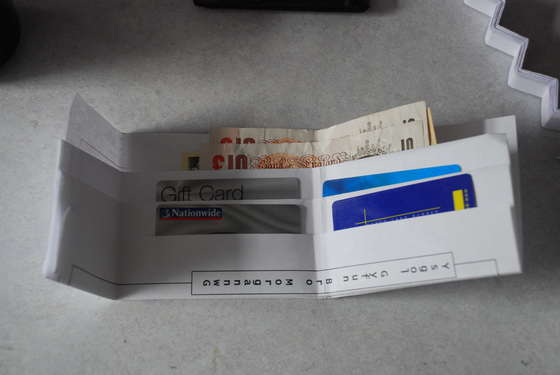 Yes, I do keep one hundred dollars AND twenty pounds in my wallet. I am... very very sneaky. 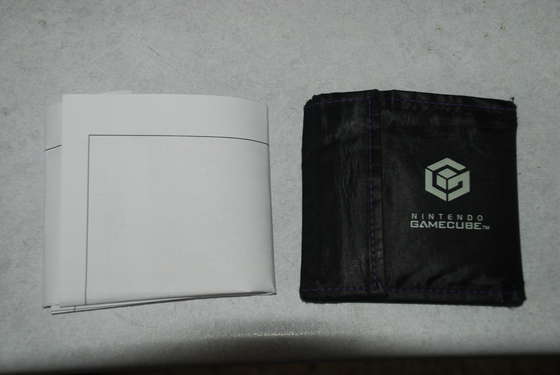 A real wallet, for comparison.