Born from a recent conversation in a pub, here's a video where I talk at the camera for a while about my thoughts on invention.

You would think a video like this would be very easy to produce, but having recorded it I somehow still found myself spending ages overlaying pictures and archive footage. I also found it very hard to limit how much I said, as pretty much every topic touched upon is one I can talk about for hours (and have been known to, especially while inebriated).

Following the aforementioned pub conversation, I initially thought to record this at the Science Museum, but it's always too busy and the lighting is poor. At one point in my life I was close enough to the museum to go there at lunch time. One of the great benefits of it being free entry is that you can pop in for ten minutes without feeling like you've wasted a ticket. It turns out that since the pandemic they've added a ticket system involving QR codes which is thoroughly awful. Even though it's still free, it's much harder to make a spontaneous visit.

As excellent as "Making the Modern World" is, it's noticeably lacking a Linotype machine. There's one in the Manchester science museum, and we know there's plenty in private collections throughout the country. In fact, now that I think of it, the Science Museum in London probably has several of its own, but in storage instead of on display. I hope that one day I will be granted access to the Science Museum Archives.

When I mention cameras in the video, there's a collage of cameras I put together. Can you name all of them? 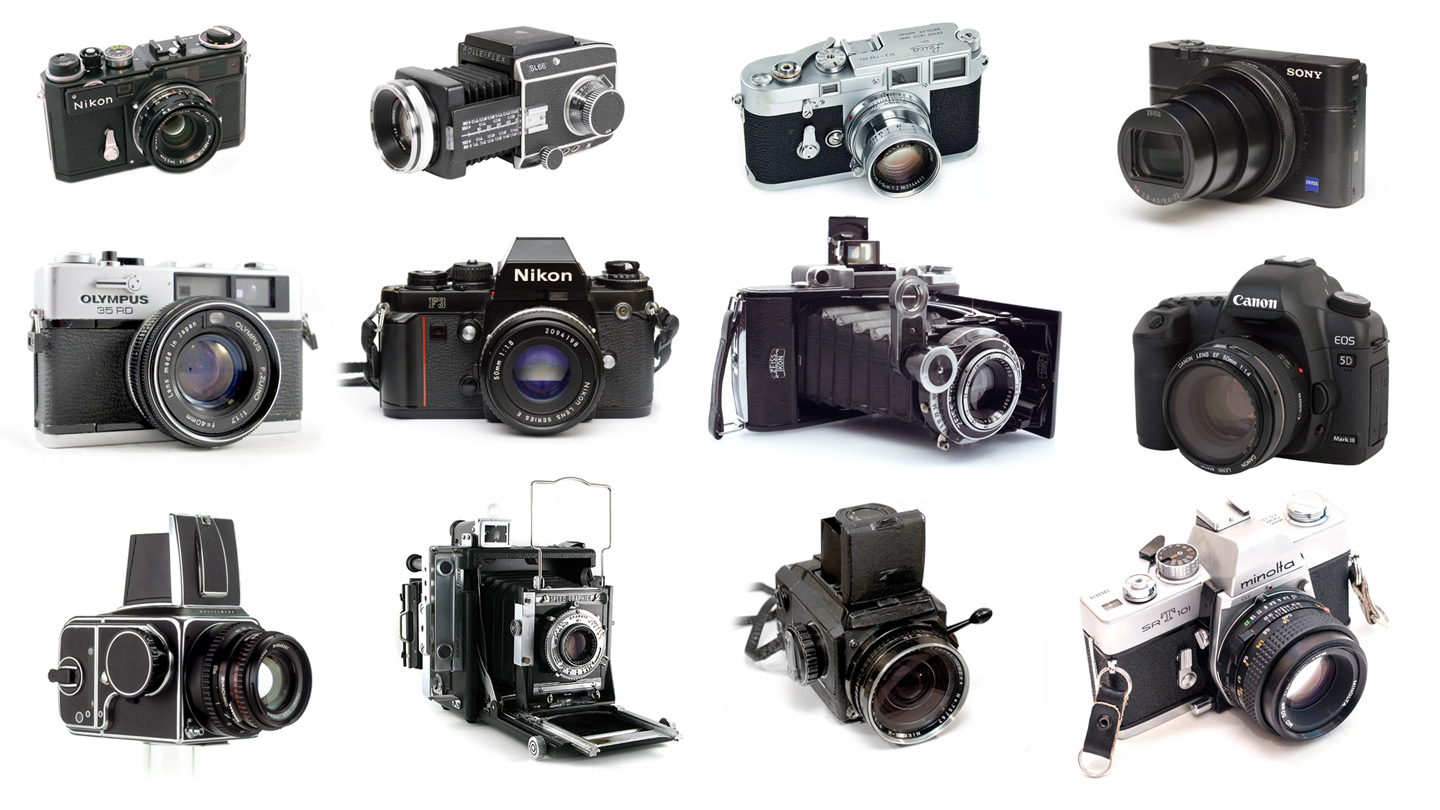 Right-to-left, top-to-bottom, they are: