Someone suggested a method of spacecraft propulsion that involved shooting a series of metal balls into space in a line. As the voyaging spaceship reaches them in turn, it hurls them rearward using magnetic fields and gains momentum as it does so.

This solves one of the main problems of long-distance space travel: the shortage of reaction mass. Conservation of momentum means in order to accelerate, you need to throw something in the other direction.

Of course, the harder you throw your reaction mass, the more accelerating you do. That's the principle of ion drives; to throw something lightweight but very fast means the overall amount of fuel you need to carry is less.

Well, to the idea - which is borderline science fantasy. Combine the above two ideas. Remember, we have a surplus of electricity (presumably - a nuclear power station on board or something) but a shortage of reaction mass.

There's a trail of metal balls in space, as before. And we swallow them up, use some magnetic fields and spit them out. But this time, the fields are much, much stronger and the metal is induction heated. Heated until it melts, boils, and rips apart into a plasma before being blasted out at unthinkable speeds.

To be fair, whilst this possibly could be more efficient than simply throwing the metal cold, there isn't really any justification for this ludicrous design. But it's a cool idea. Maybe I'll work it into my next novel. 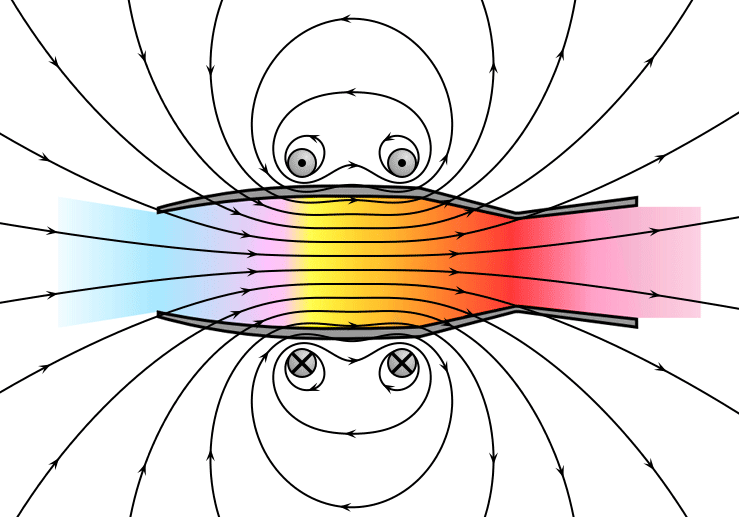 Diagram for illustrative purposes only. Might not make physical sense.