Pewter is interesting. It melts at such a low temperature that it doesn't even burn through wood. This means, of course, we can potentially cast it into moulds cut out by a laser cutter. I decided to give it a go. 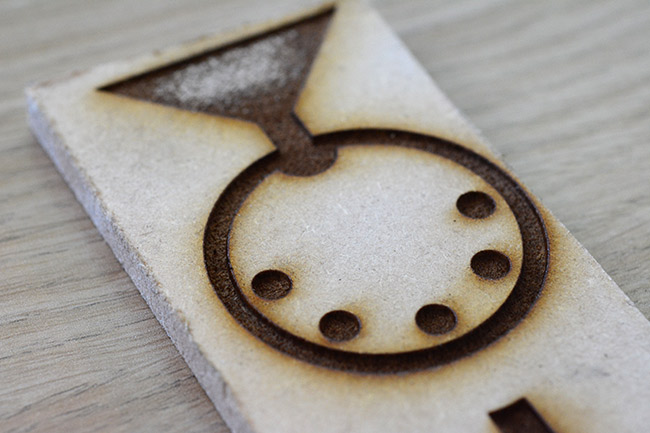 Unable to come up with anything better, I went with a simple MIDI design. 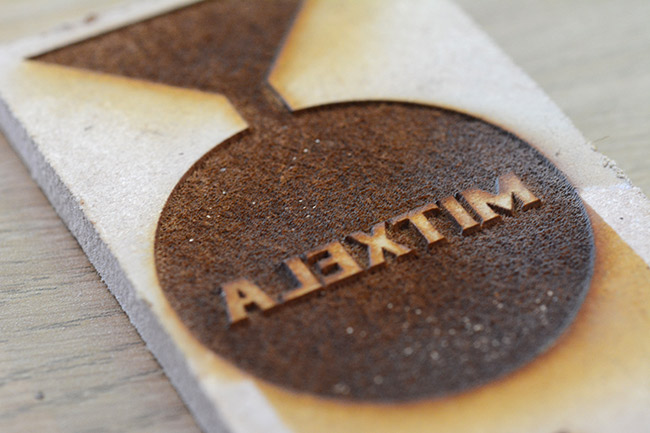 It took ages to etch into the MDF. To save time I cut out a few layers of card with just the outline to add some thickness.

I used a small square of plywood as a registration pin. The funnel was widened with a stanley knife and then the mould clamped together. 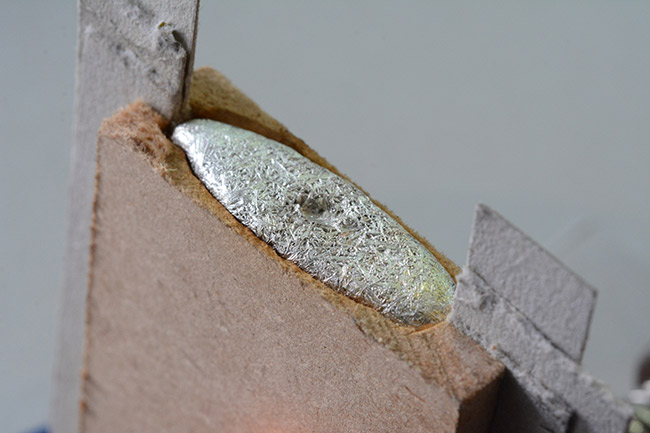 Shiny while molten, the pewter formed little crystals as it set. I had melted it using a small blowtorch and a stainless steel spoon as a tiny crusible.

I spilt a bit during the pouring, it didn't even burn through the first layer of card, but did leave an interesting brown stain. 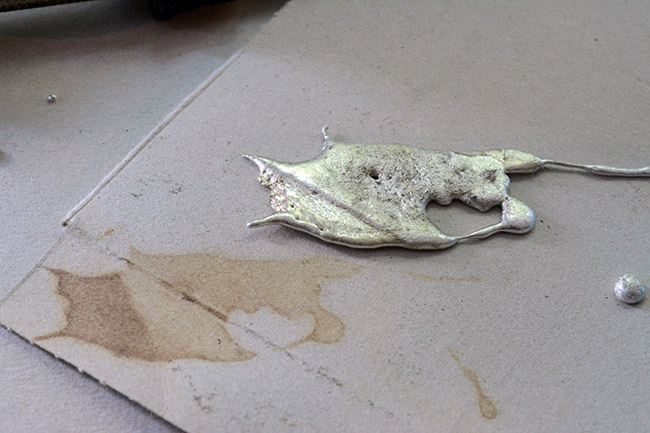 Removing the casting from the mould was difficult, the sprue snapped off in the process. The multiple layers of card were pretty much the opposite of pattern draft. 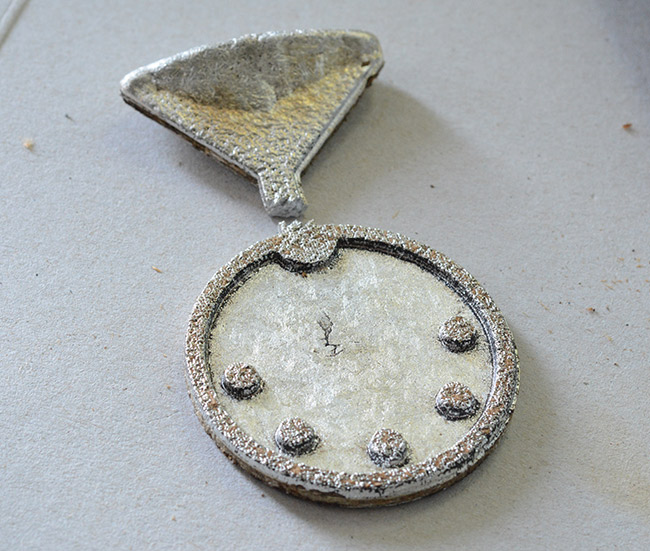 We also lost some of the lettering. I don't mind, this was meant to be a single-use mould, but now we need to clean the casting up. 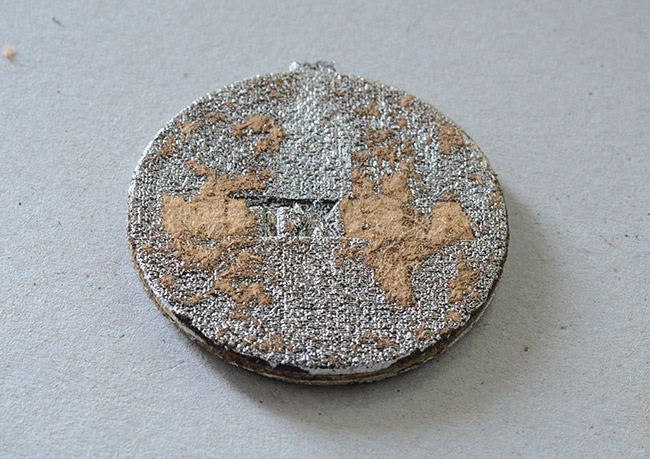 After picking out the biggest bits, I dribbled some sodium-hydroxide based drain cleaner onto the medallion. I'm not sure if this pewter is lead-based, but I tried a bit on some scrap first and it didn't seem to affect the metal at all. The wood, however, dissolves nicely.

If I'd left it longer it would have gotten cleaner, but I kinda like the contrast of having dark spots in the rough part of the casting. 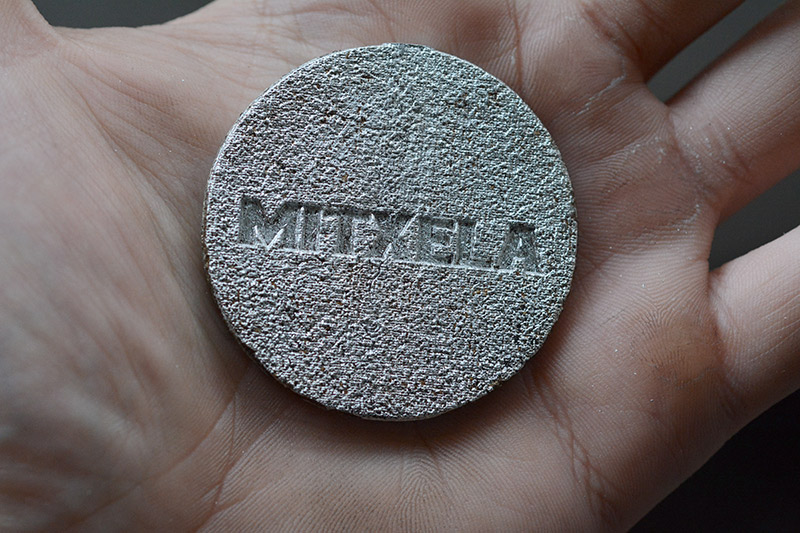 The front is still as it came out of the mould. 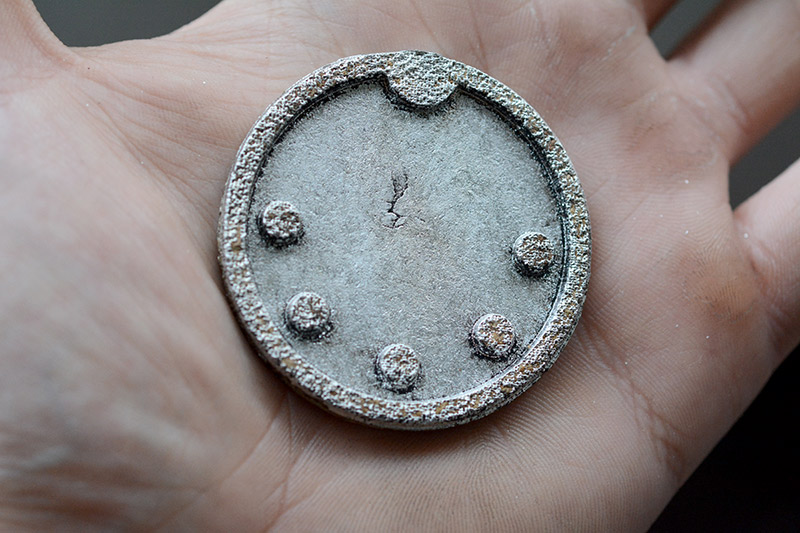 And now, a video.

What does the MIDI Medallion represent? Does it signify mastery of the protocol? Perhaps it awards the title of ultimate MIDI fanatic. Maybe one day I shall gift it to someone, if I find that they are worthy of the prize.

For now, though, it shall live on my shelf.