I've made several of these. Essentially it's about cramming as many superbright white LEDs onto the top of a 9V battery as you can. 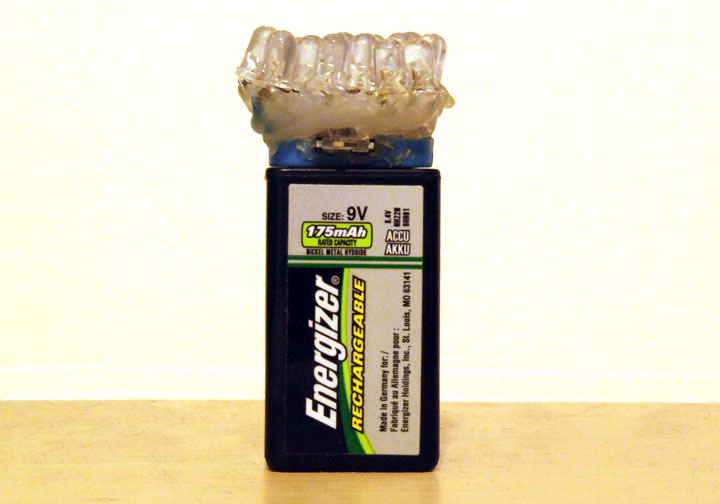 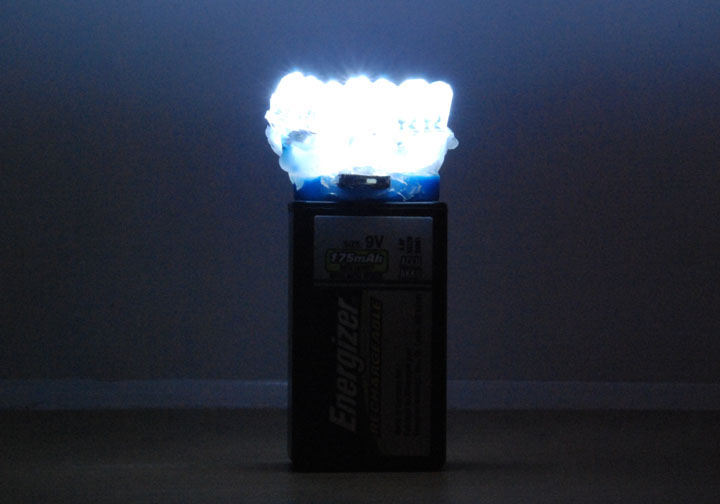 To make one, you'll need a 9V battery clip, a small toggle or push switch (I've used both) and a source of white LEDs. I find Poundland sometimes has some fantastic deals - my record is a 'headlamp' from poundland which had 26 LEDs, which works out cheaper than buying them wholesale.

As the voltage drop on white LEDs is 4.5V, simply wire them into pairs in series, and then wire those pairs all together in parallel. Then just stick the whole lot together with hot glue.

A nice idea would be to somehow squeeze a joule theif in there for even better battery life.