How about a laser cut butterfly knife then? Also known as a Balisong. Flips open and shizzle. Seemed appropriate as this particular friend likes to play as Spy in TF2.

I was lucky enough to have a real one to hand to base it on. Took a picture of it with the zero-distortion macro lens and then traced the outline with the magnetic lasso tool.

At this point you wonder if it should have a comb instead of a blade. But... that would make it actually useful, which would be breaking the pattern when it comes to my gifts. Better make a fake blade that is definitely of no utility whatsoever. 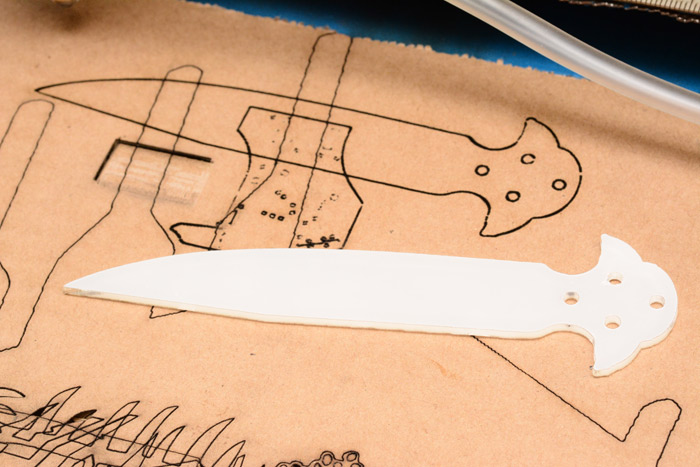 I know now that it's really important to leave that white film on the acrylic until after it's cut, as it stops the plastic vapours mucking up the finish. We want it nice and shiny. 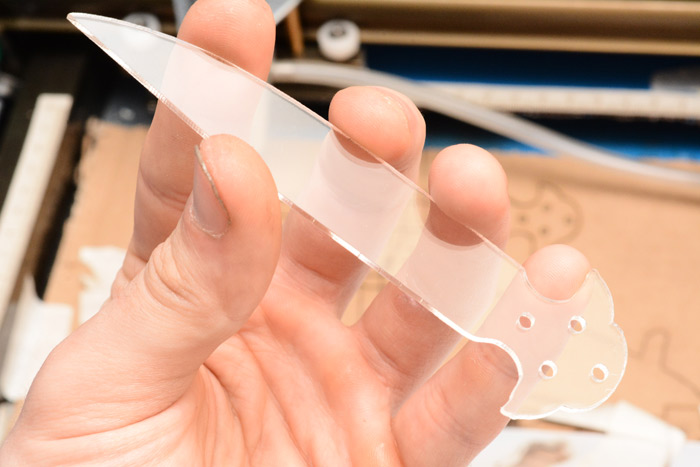 The handle, it shall be wood. 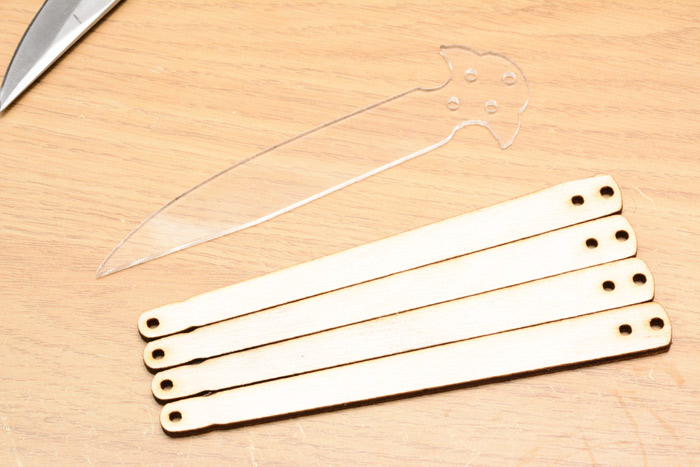 Now assembly, these bolts be too long. Must cut them yes. 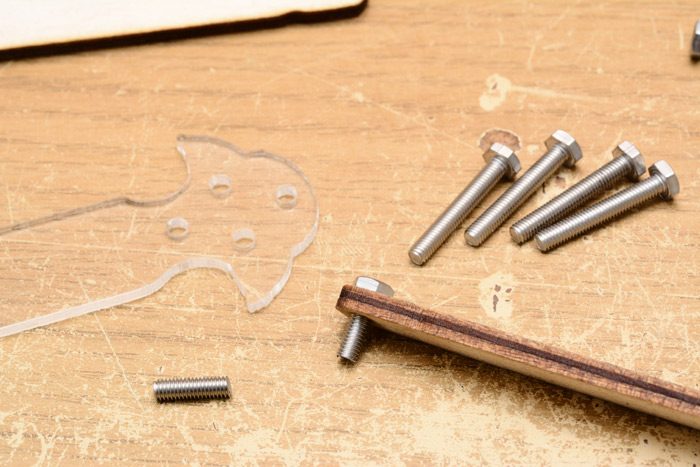 By making the laser cut holes just a little smaller than M3, the bolts will self-tap happily. Doing this in acrylic can lead to cracking if you're not careful. Be careful. 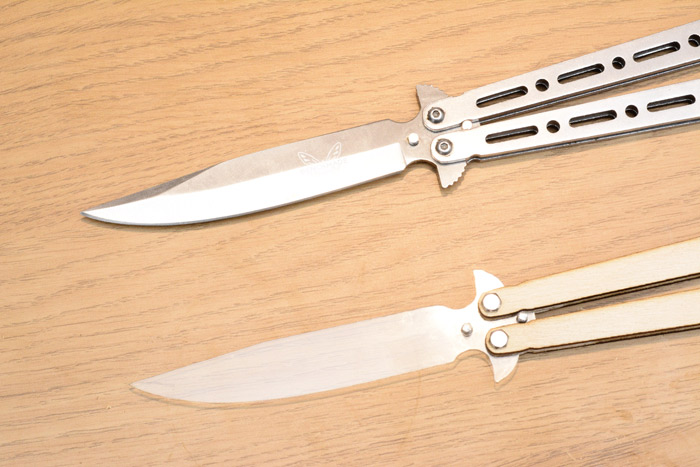 Do a few flips with it at this point. Go on, it's fun. But slightly boring as there's no danger.

Next we need a silly message to print onto it. 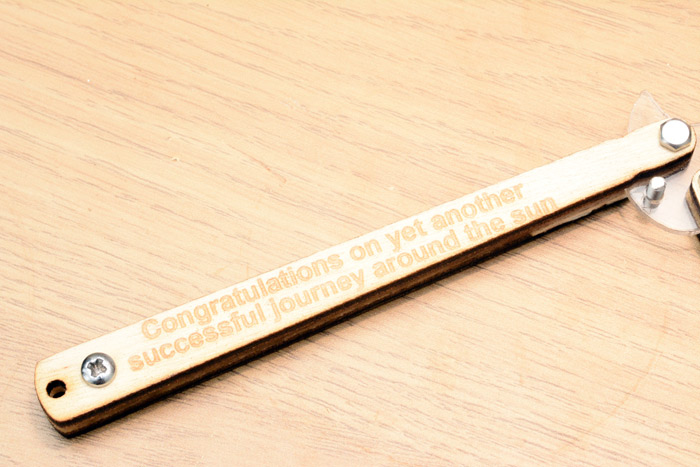 Probably would have been easier to get it lined up right if I'd etched that before assembling.

Final thing to do is make a plastic spade for locking it open or closed. Also signifies which handle is the 'safe' handle. Important. 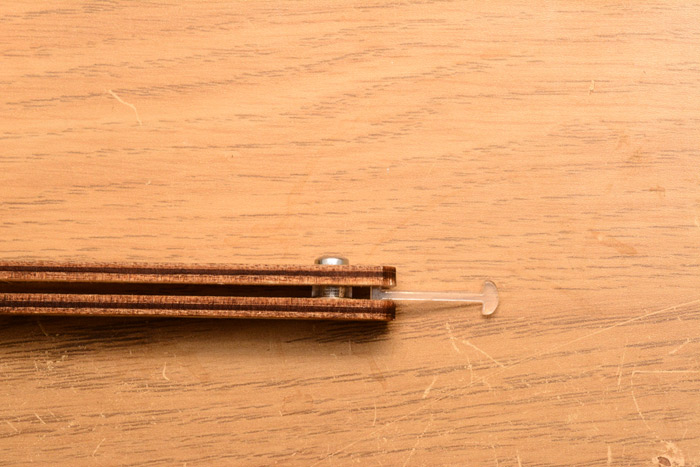 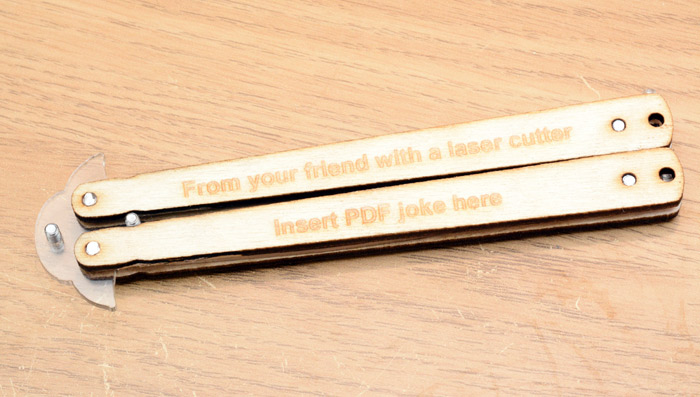