Self explanatory, I should hope. 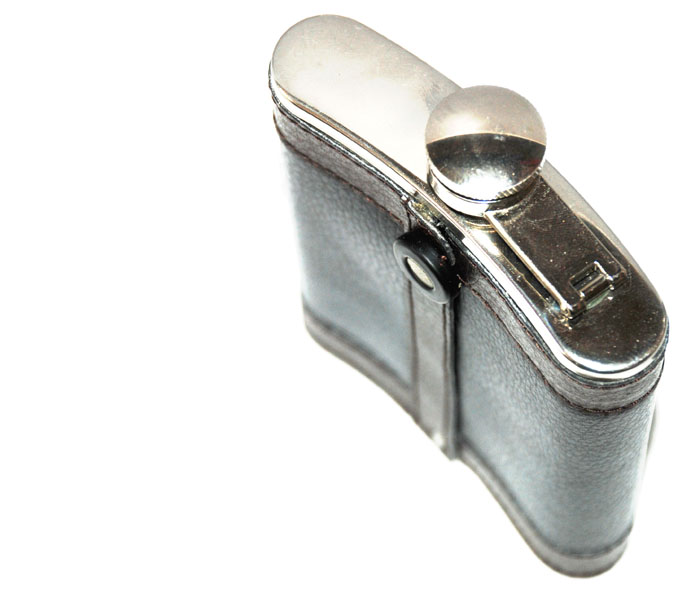 It still holds about 95% as much liquid as it did before construction began.

I do apologise for the poor quality build pictures, they were all shot on my phone. 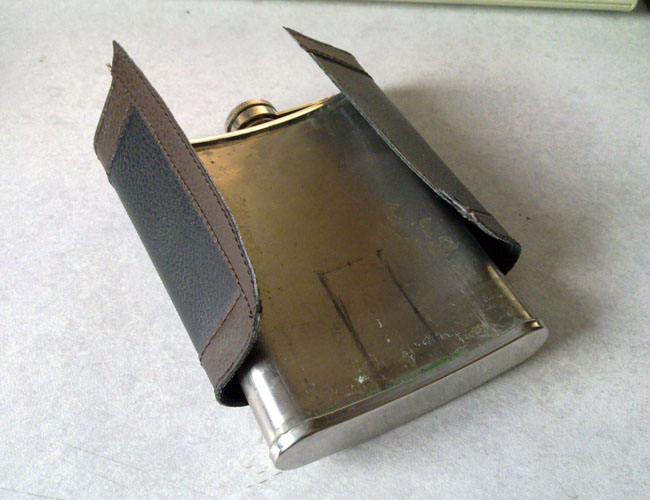 The original flask had a faux leather jacket which peeled away easily. 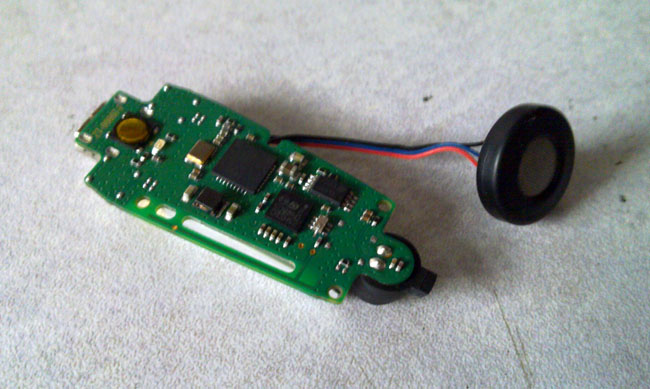 I've had chocolate oranges which were harder to open than this bluetooth headset. 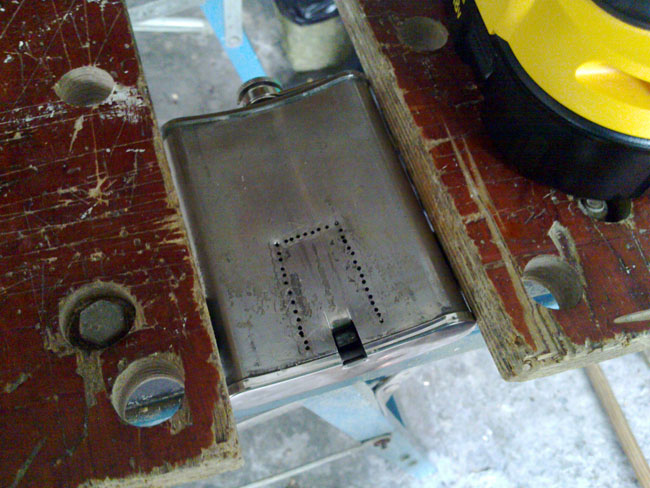 Considering the cost of the flask it was particularly difficult to cut through. 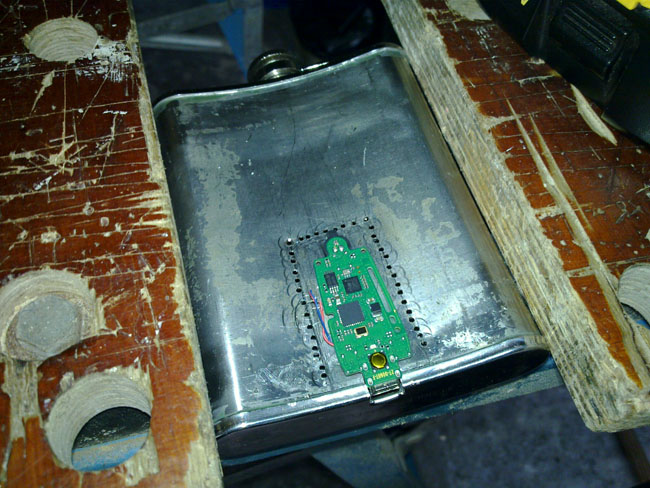 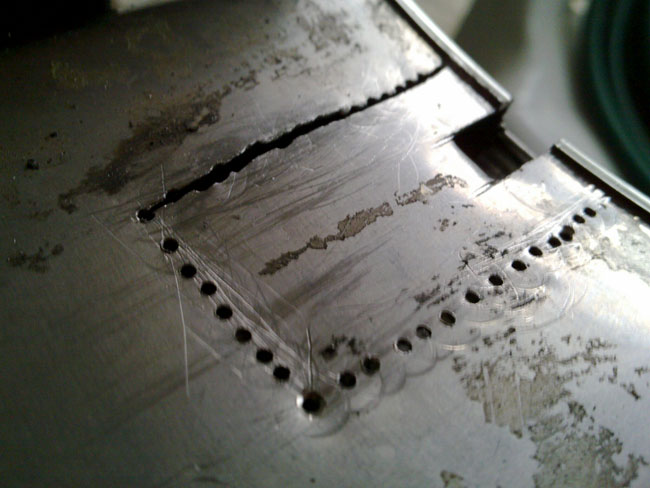 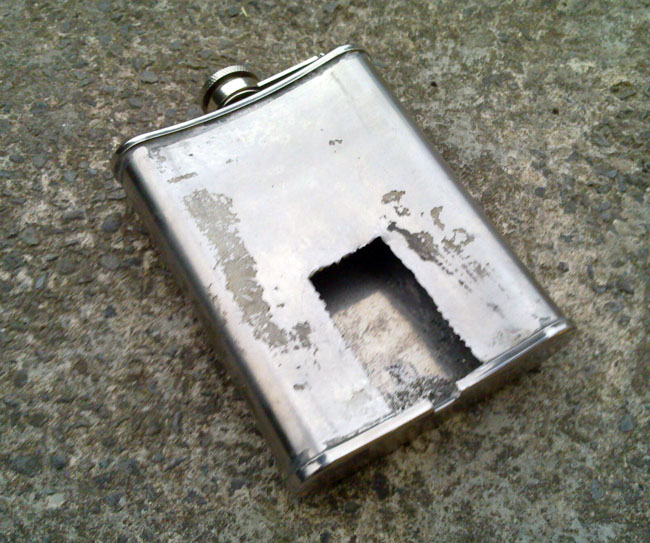 I melted together this little plastic tray which would fit in the gap. 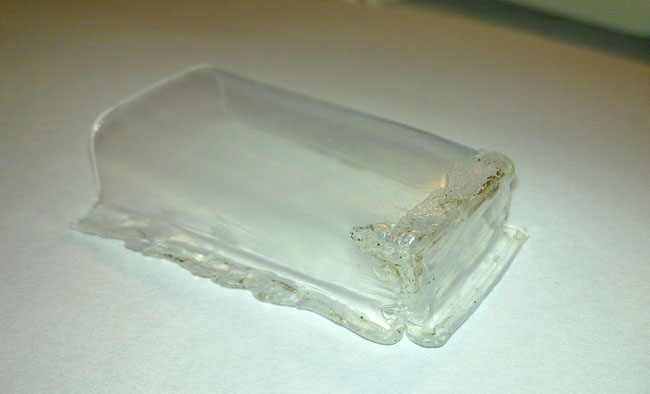 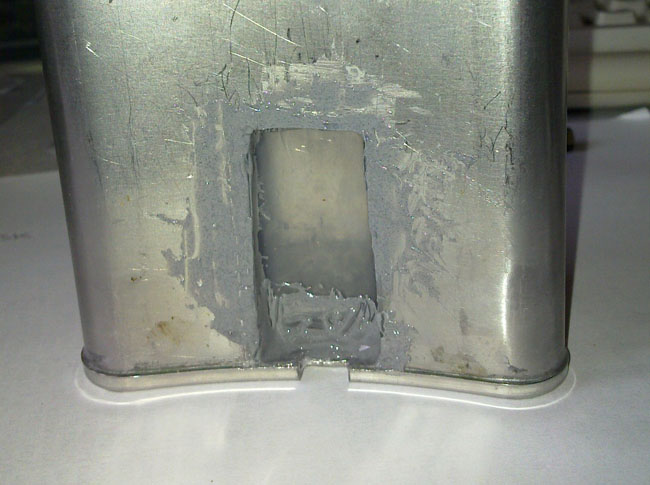 I wondered about what glues would work, since alcohol eats through most glues. JB weld, however, is pretty much resistant to everything, and in my tests, stood up pretty well. The plastic was polypropylene, which is one of least well bonded materials for JB weld. Despite this there wouldn't be much force on the joints, so I went ahead anyway. If I was any better at metal work, I'd have attempted a metal tray, silver soldered in place. Or something. 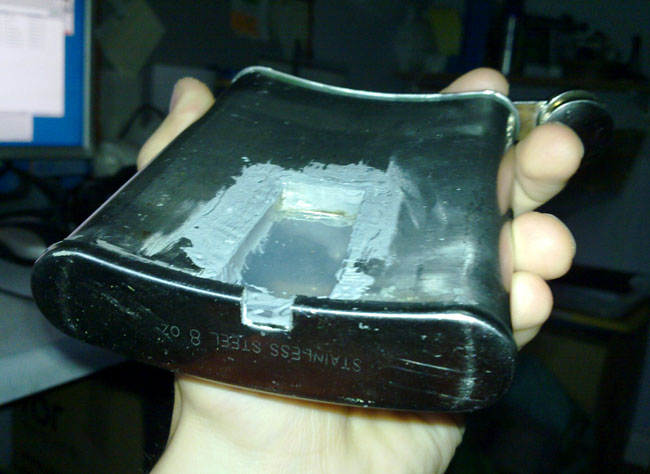 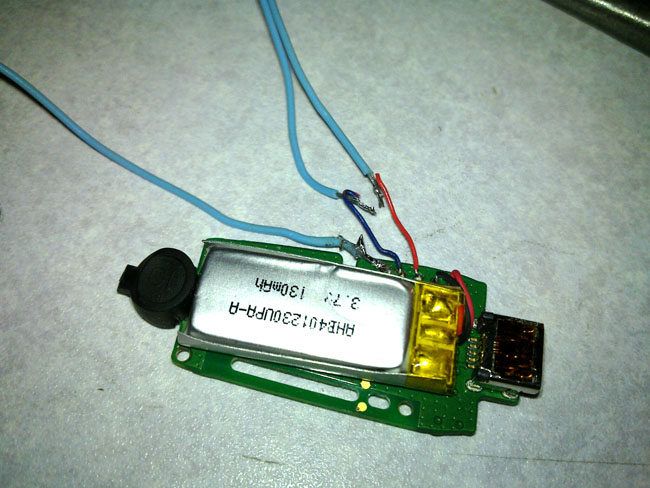 Extending the headphone cord was fiddly but simple. The blue wire was the thinnest I had, and even that was too thick. Luckily this would all be concealed by the leathery cover's joint at the back. 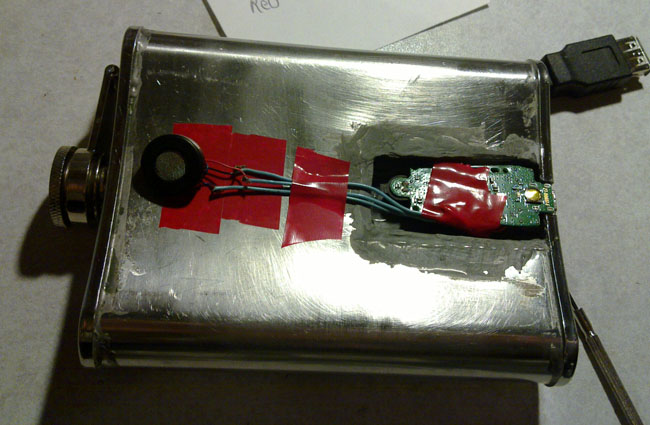 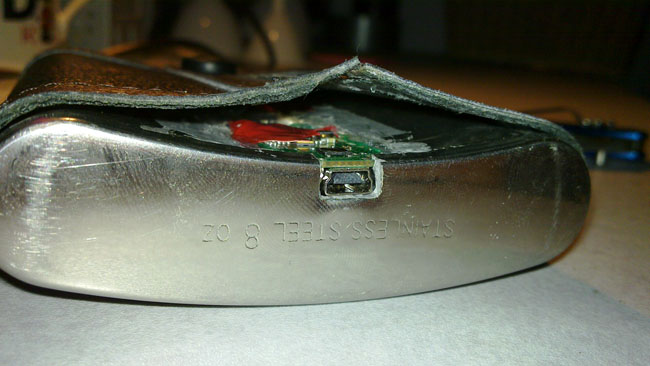 The USB port of course is the only way to charge it. I planned to cover the exposed circuit board with something more fitting to the stainless steel look, never got round to it. There's a blue LED and a button to initiate pairing, which is the small plastic circle at the base. 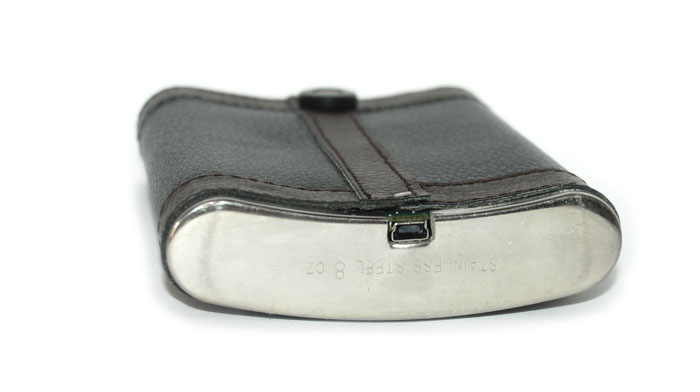 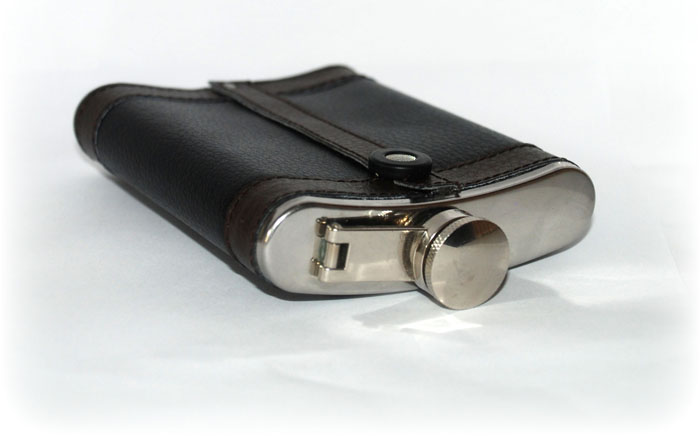 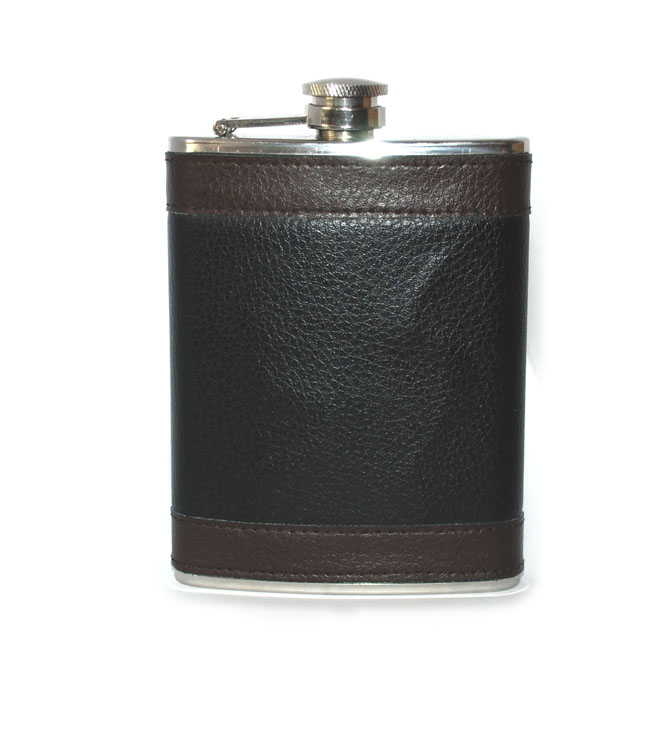