I don't have a bench power supply. It's very rare that I need more than 9 volts. Occasionally the need arises and it would be nice to just tap into that laptop power supply nearby. Unfortunately, mine has a bizarre connector that isn't a standard barrel jack. 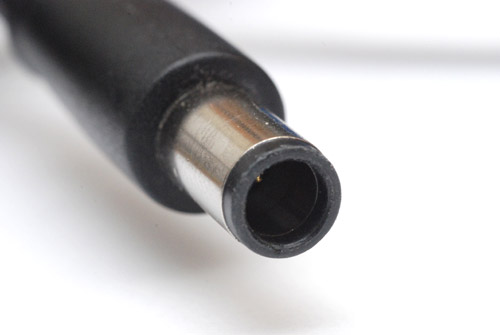 The ground is the outside surface, and the inside surface of the barrel is positive 18.5V. The central pin is some kind of feedback I think. It is just about possible to connect to this using crocodile clips: you need a large one for the outside, and a combination of a smaller one and tactfully placed folded paper for the inside surface. A faff to say the least.

However, it is possible to make a ghetto adapter using ordinary break-off header pins. All that's needed is a slight bend to the middle two pins of a group of four. 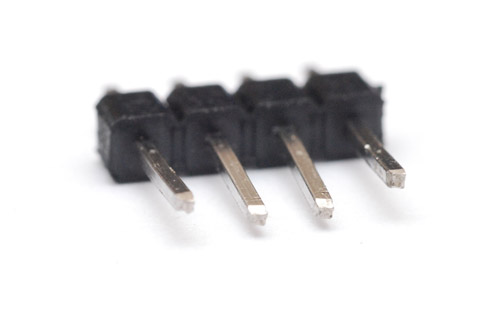 This bend makes the pins press against the inner surface with a nice amount of force. It pulls on the outer pins as well, you can see it appears to make a pretty good connection. 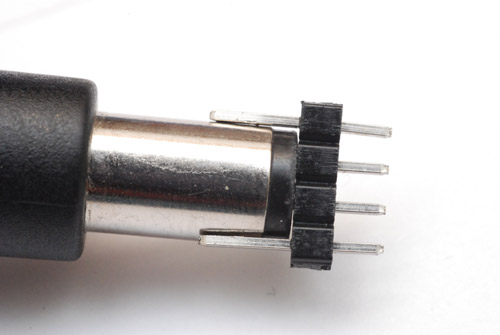 I don't know how much power can be drawn like this, but it connects quickly and reliably. I will only be drawing a few mA. If it did start to overheat, the plastic would melt quite quickly and release it.

Still, it's worth our while to make the solder joints as clean as possible. 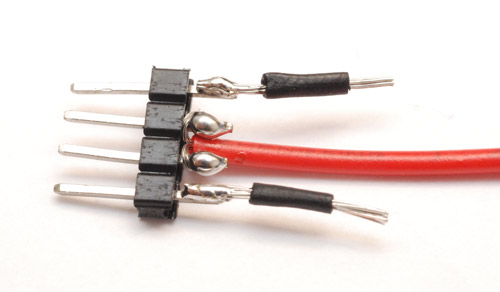 Heatshrink is essential to avoid shorting, of course. 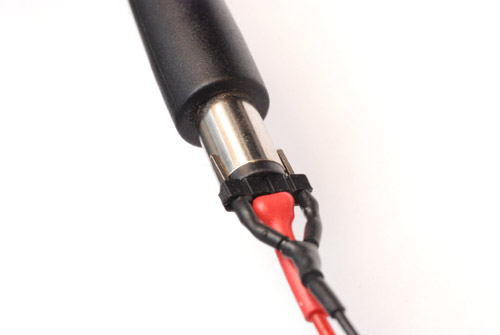 How best to make use of this new power source? I just got hold of this nice step-down module - a poor man's bench power supply. It's digitally controlled and quite feature-rich. I would recommend it. 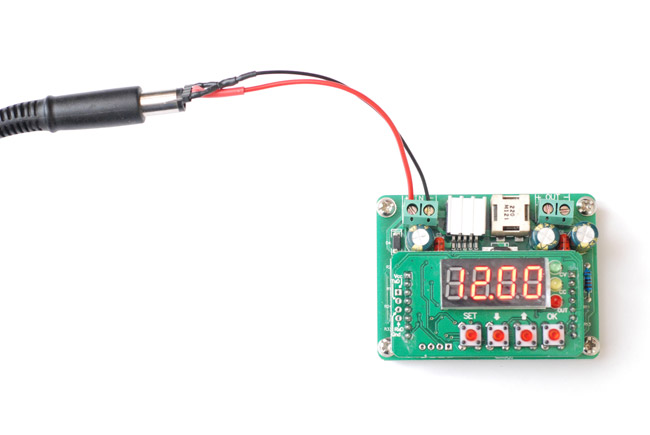 The first step-down module met with a tragic end involving several amps going where they shouldn't. To prevent a repeat of this accidental shortcircuit I made a simple enclosure for the new module. I got a project box with a clear lid, labelled as 85x58x33mm, for the princely sum of 99p. It almost perfectly matches the dimensions of the module, just needed a tiny bit of filing the edge of the PCB.

Obviously the buttons needed raising up so they could be operated through the case. I had some extra tall tactile switches but even they weren't tall enough to reach through the surprisingly thick plastic. The box is remarkably high quality actually, waterproof and the walls are more than 3mm thick. I ended up tearing the tall switches apart, and supergluing their extended buttons onto the existing switches. 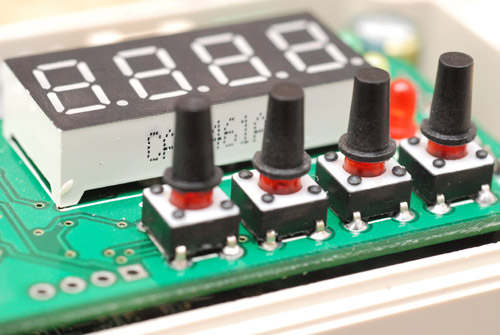 The wall thickness made cutting all the holes with my penknife into quite a workout. There is an unfortunate moulding mark in the centre of the lid, right over the display, but the box is meant to be functional rather than beautiful. 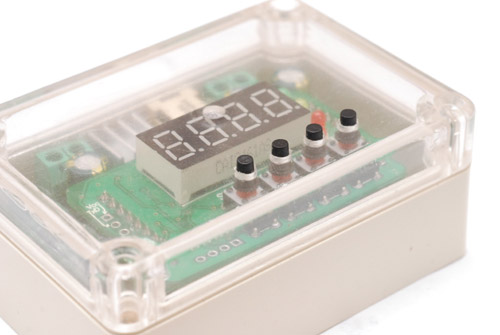 The ghetto adapter is now soldered to a standard male 5.5/2.1mm barrel jack for which there is a socket on the side of the box. The hard on/off switch is very useful to prevent arcing as the ghetto adapter is shoved onto the power supply. On the other side I fitted standard banana lead sockets. 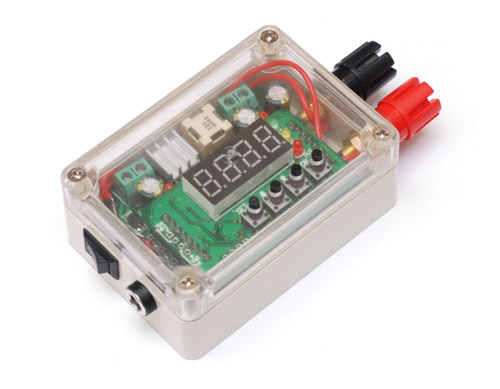 A final concern is heat dissipation, of course. As I say, I've only used this for minute loads of less than 100mA. Perhaps some air vents are necessary. We shall see.

One thing is certain, however: the ghetto adapter continues to work flawlessly.