The sound of a supercar is one of its main attractions.

I propose a W-type engine arrangement, where each V has a separate crankshaft and is separately geared in such a way that one side runs at a slightly different RPM to the other. 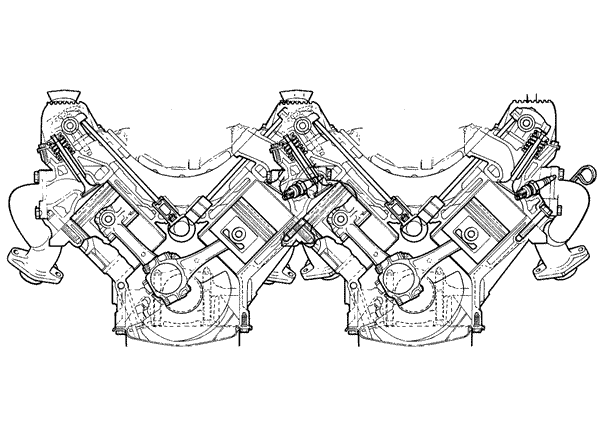 This would cost more, weigh more and probably be detrimental to performance. However, we would essentially have dual oscillators as our sound source, and as anyone who has played with a synthesizer can testify, more oscillators means a thicker, more lustrous sound.

With sufficient gearing between them you could adjust the detuning.

Hmmm... As an experiment to what this might sound like, I have digitally altered a recording of Ayrton Senna's Honda V12. It's not really as good as it would sound for real, because we're chorusing everything instead of just the combustion noise.