In this climatic scene it appears as if all hope is lost. There is nowhere to go on this abandoned skyscraper rooftop except over the edge. But fear not, for this morning Mr Bond donned his Emergency Autorotating Escape Hat! 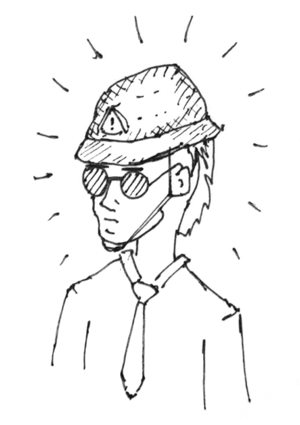 Tightly coiled around this helmet are a pair of large propellers which spring out as he pulls the string. As the machine gun fire ricochets off the surroundings, he leaps into the air -- and the unpowered propellers start to autorotate. 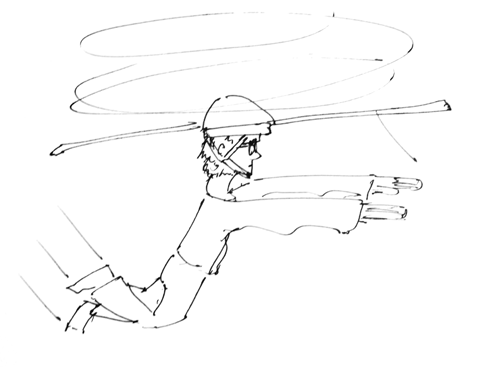 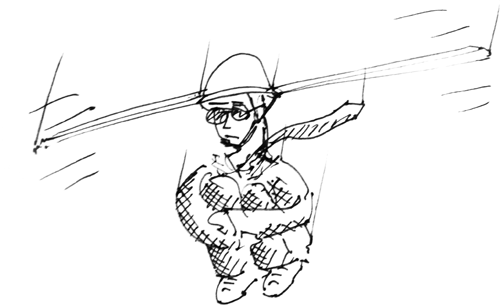 His descent is no doubt reminiscent of the flight of a sycamore seed (although there are bearings at the joint of the helmet, otherwise it would just be ridiculous). The employment of autorotation ensures that the entire apparatus might possibly weigh less than a conventional parachute. 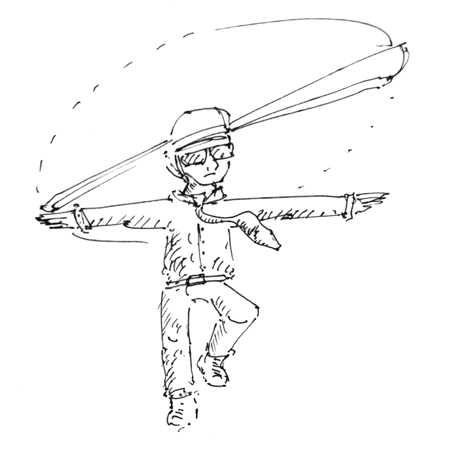