I'm posting this here only because it's unlikely I'll have a chance to build it in the near future.

The Piano Accordion is a wonderful instrument but it's very cumbersome. Mine is only a 72 button instrument and it weighs 8.5kg. 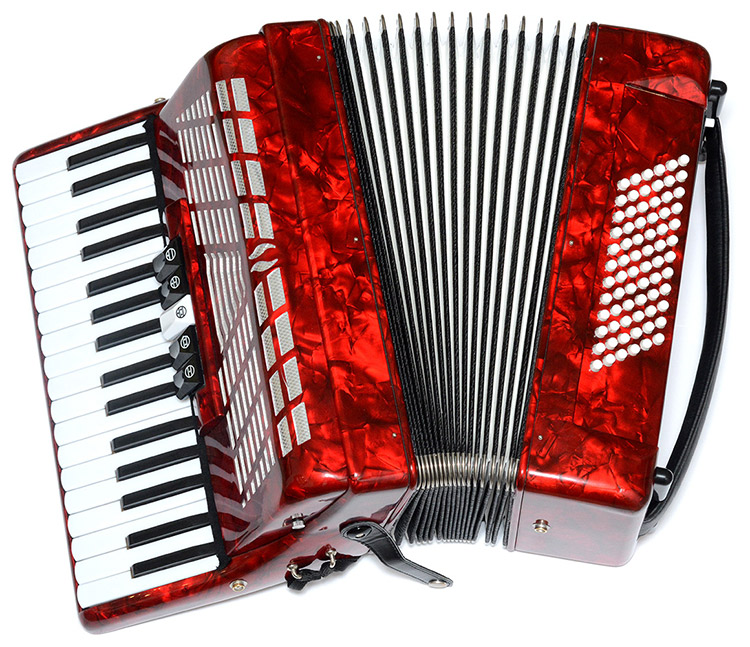 There are electric and MIDI accordions in existence, but these all seek to imitate the original instrument, including how bulky and heavy it is. What I'd love is an accordion that folds to be as small as possible and weighs little enough that it can be thrown in a backpack, or even a back pocket.

I spent quite a while working out the details of how to build this back in 2019. In short, we strip out all of the mechanical parts, replacing all keys and buttons with electrical switches, and replace the bellows with a scissors mechanism.

The scissor mechanism would have geared motors linked to it. These wouldn't be driven, they would simply serve as encoders to measure the bellows position. The clever part is that by changing the electrical resistance on their connections, we can change the physical resistance to move the mechanism. This would simulate different airflow based on how many buttons or keys are pressed.

I did build some working prototype parts of this, but nothing worth showing off. With some thought, it should be possible to have both halves fold flat against each other, and weigh substantially less than 1kg.

The output could either be MIDI or more probably, have a digital synthesizer and speaker onboard. The best result would be to have it sound exactly like a real accordion, and have the bellow motion generate enough electricity to power the circuit and amplifier. The real mechanism is sufficiently lossy that I think it would be possible — and if not, it would only end up a little quieter than normal.

It would be marvellous to build this, but for now we'll have to make do with this simple illustration. 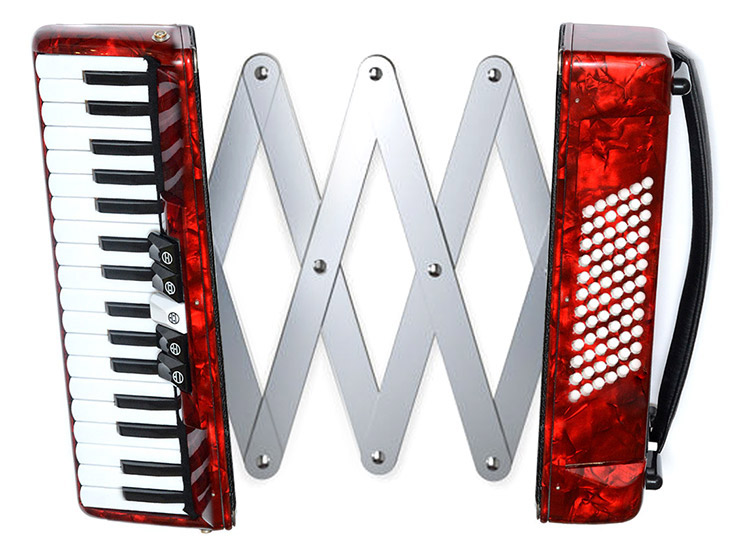