I made a removable draining board by routing grooves into a chopping board that can sit over the lip of a sink. This was partially an attempt to convince someone that draining grooves can be easy if you just set up the right jig. Also, I just plain enjoy routing.

My jig was made from scraps lying around, and unfortunately I only had three clamps to hand which meant I had to screw most of it together. 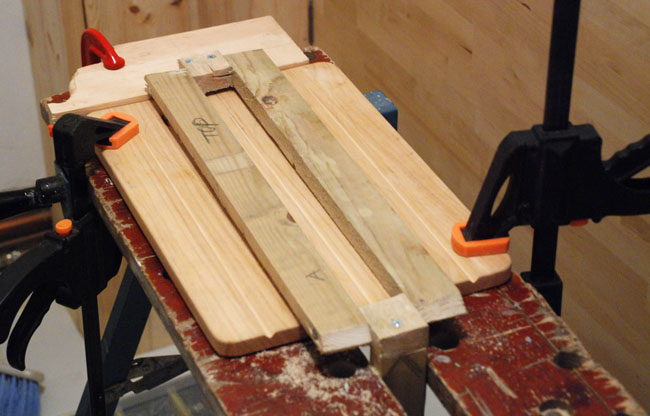 There were surprising variations in the widths of these offcuts, so to hold the two beams parallel the middle pieces were cut from the same bit. A wooden bushing runs in the middle. I cut it from a piece which I found (by trial and error) had the least play. 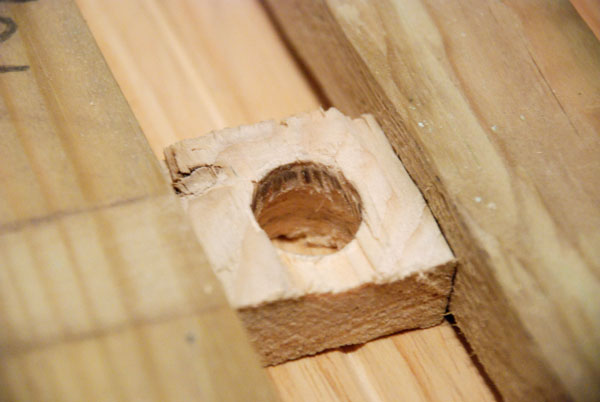 This slots over the metal bushing that came with my plunge router. I only had a V-groove bit, a round-nose bit would be more appropriate but for some reason they cost more than I wanted to throw at this project. 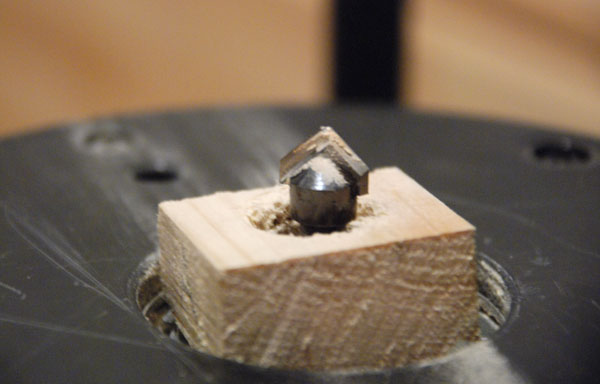 The slope is created by the plank at the end which is about 5mm thicker than the chopping board. 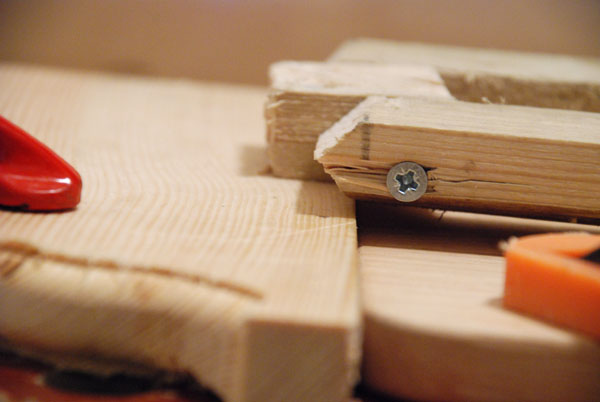 Let's cut some grooves! Bother. The chopping board was warped, so the edge grooves are minutely deeper than the centre. I should have spotted this sooner. At least it's symmetrical. I should have set them all slightly deeper, so they would all have a hard end in the same plane, instead of tapering to nothing. I cannot be bothered to put it through the jig again just to scrape off a tenth of a mil. 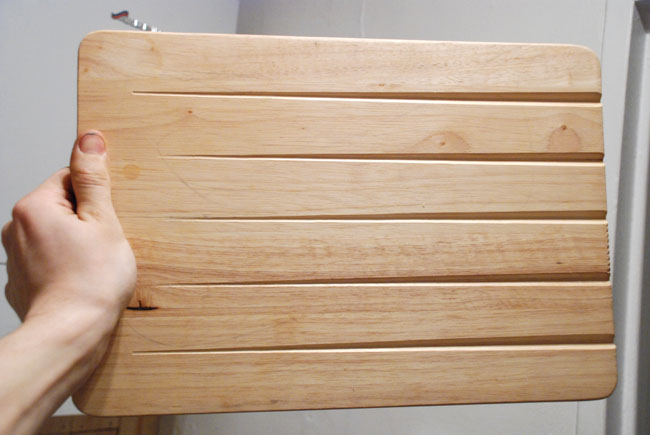 There's a little bit of damage on the right there, so I smoothed the edge with a roundover bit. Next I just needed to make the hook end to sit on the sink. 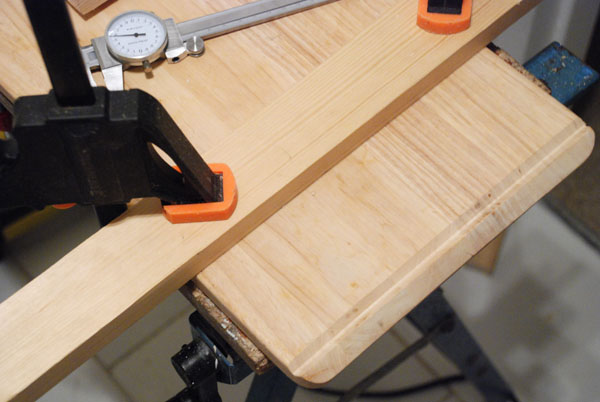 The callipers give this picture an illusion of accuracy. The sink edge wasn't even straight so the slot had to be quite a bit larger than I had measured. 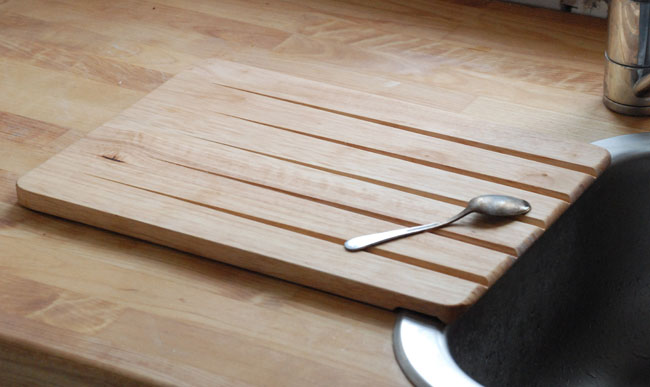 Well that doesn't look too bad, draining the teaspoon from my obligatory after-routing-tea-break. With the correct cutter the warped depth thing shouldn't be an issue, and anyway, when it comes to an actual worktop it should all hopefully be fairly flat.