Mechanically, a regular etch-a-sketch is a stylus, moved by a Cartesian pulley system, that wipes away aluminium powder from the screen. The challenging nature of the controls, and the difficulty of drawing diagonal lines, are what lend the etch-a-sketch its endearing fame.

This idea seeks to put an end to all that.

Clockwork Etch-a-Sketch has a joystick for control and a mainspring for power. Once wound up, it runs for a few minutes and you can draw as many perfect diagonal lines as you like. Afterwards, you can either wind it up for some more, or shake it all to start over. 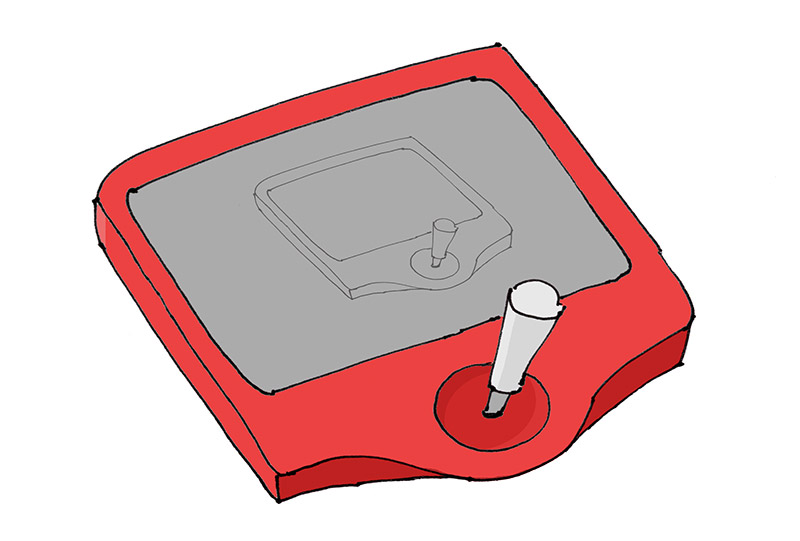 It works as follows. As the spring unwinds, it forces two disks to rotate. Pressed against each disk is a wheel. Each axis of the joystick slides a wheel across the disk. In the centre position, the wheel does not rotate. Fully to one side it will rotate at the disk's circumferential speed, and moving it to the other side will rotate it in the opposite direction. The wheel's output shaft then turns a pulley which controls the stylus. 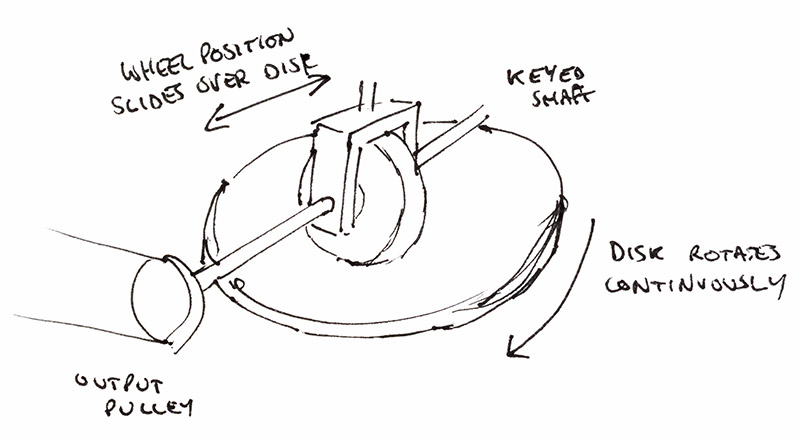 Another idea for a joystick-controlled etch-a-sketch, if we wanted to ditch the clockwork aspect, would be a ratcheting joystick.

To construct it, we could have four bowden cables attached to the underside of the joystick, one for each direction. If these were push-type bowden cables (a solid plastic rod, in a closely fitting tube) they could lead to ratchet pads on the relevant control wheel. In this way, deflecting the joystick would advance the stylus in that direction a small amount, but as it springs back to vertical there would be no movement. 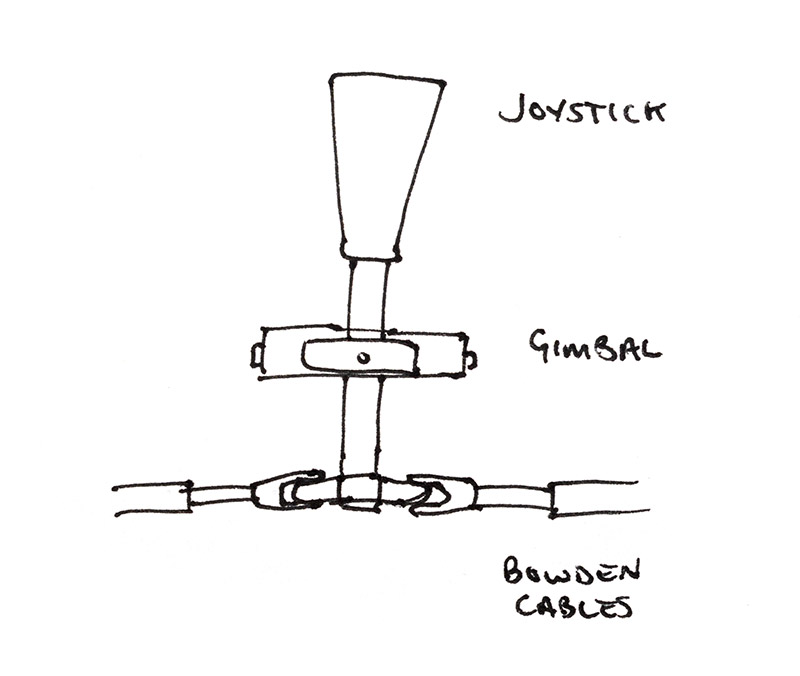 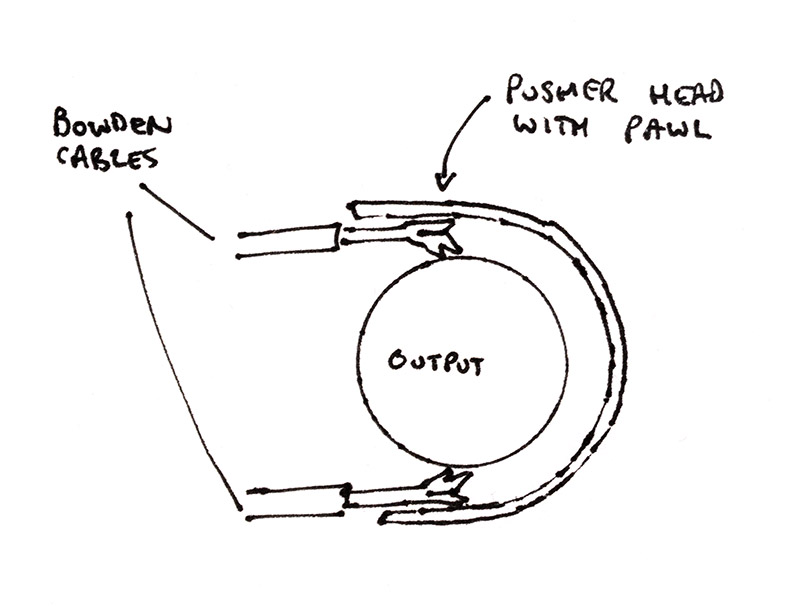