Yes, I am now the proud owner of a Piano Accordion! What a fantastic impulse purchase, and a fantastic instrument overall. The bellows give almost as much control as a melodica, without the need for a cumbersome tube and without hindering speech (or evening singing). The keyboard is much more practical than a keytar, and the bass and chord buttons mean that the left hand is just as useful as the right. Phew! 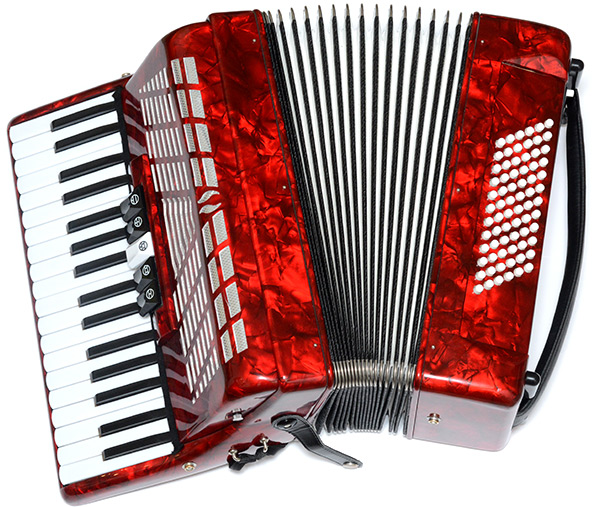 The buttons do take a bit of getting used to – one of the hardest parts is that you can't see what you're doing at all. The only points of reference are the concave depressions on the top of certain buttons. Some accordions have several reference points, mine only has one (on C).

This accordion was actually in perfect condition when I got it, but very shortly afterwards one of the bass buttons fell inside the mechanism. The cause was that one of the pins, connected to one of the axles, had fallen out, and was rattling around inside. The repair was somewhat trivial, just to fit the pin back in place (since only one had fallen out, there was no difficulty in finding where it went). But in the process, I got to dismantle the bass mechanism, and I was so taken with this mechanical marvel that I thought I would produce a video about it.

Something I didn't mention in the video is that many of the pins are bent. This is intentional, and seems to be how the button heights are calibrated. When I repaired the broken button, I had to make sure that the pin was the correct rotation, so that the bend was in the right direction. 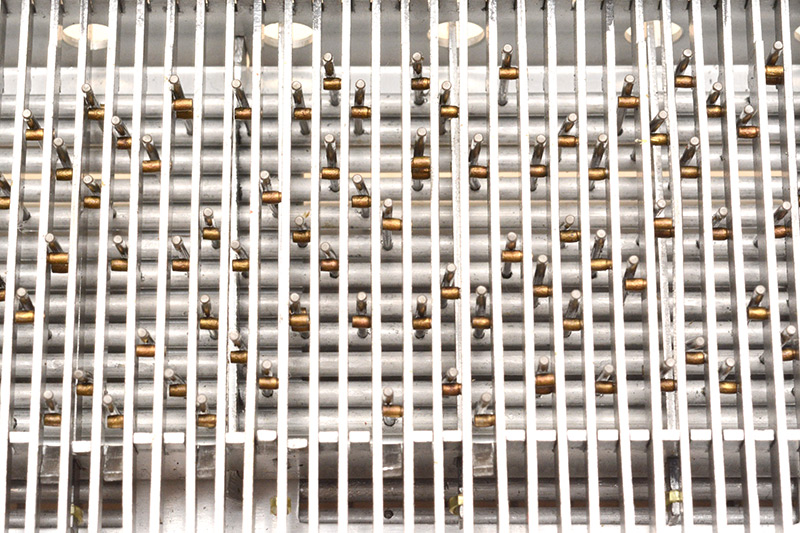 In the video the slow motion footage was taken at 1000FPS, and played back at 30FPS. The sounds were stretched with paulstretch audacity's "change tempo" option. That seemed to retain more of the character of the sound than paulstretch, even though there are a lot more artefacts. The highest note is vibrating faster than 1kHz, which means that even at 1000FPS it looks like a blur.